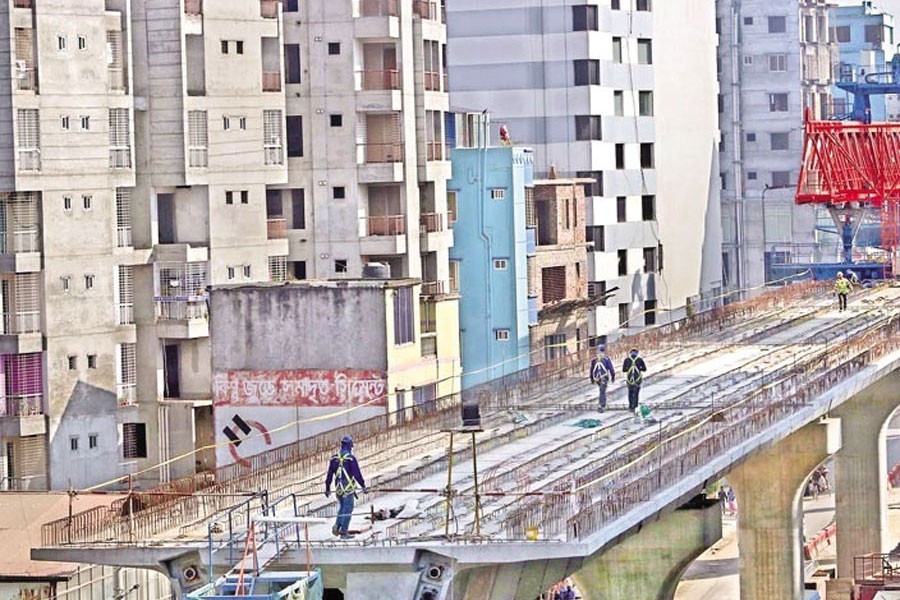 The metro rail line from Uttara to Agargaon has become visible after installation of the last viaduct at Agargaon on Sunday.

The last viaduct was installed between the piers 375 and 376.

On the occasion of installation of the last viaduct, managing director of Dhaka Mass Transit Company Ltd (DMTCL) MAN Siddique said they were working with the target to open the first phase of the first metro rail by December 16 this year, marking the country's 50th anniversary.

He, however, said the actual time of opening could be better assessed after arrival of the first train sets which were scheduled for shipment on February 20 last.

He also informed that the train set is scheduled to reach the depot site on April 23 next and the 8.72 km of the rail track on the elevated line will complete by May next.

The DMTCL has been implementing the MRT-6 since 2016 with a target to transit around 30,000 passengers on the 20.1 km corridor per hour.

Following a directive of Prime Minister Sheikh Hasina, the company in 2019 started working to extend the metro rail by 1.16 km up to Kamalapur, the MD said.