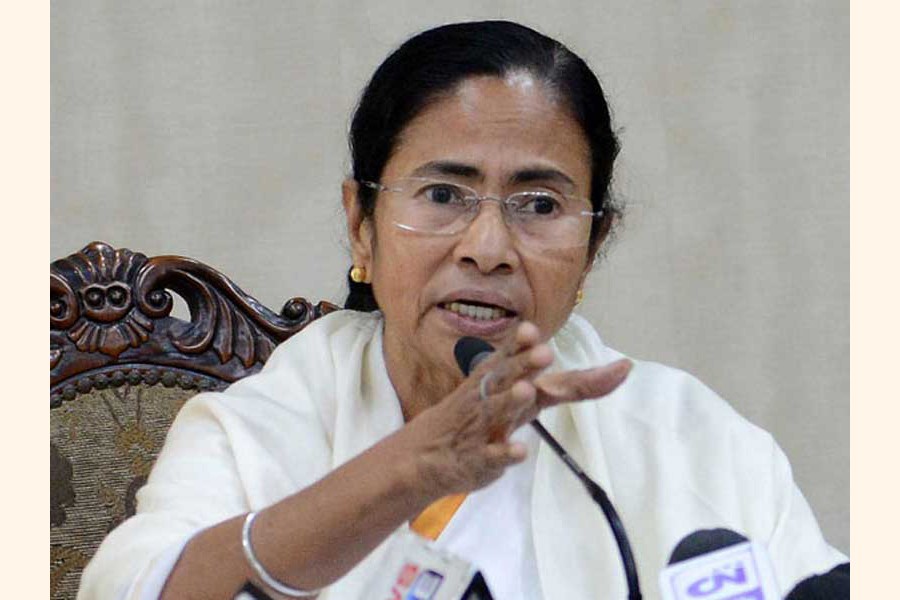 KOLKATA, Jan 27 (Agencies): The West Bengal assembly on Monday passed a resolution against CAA brought by the state government demanding that the contentious citizenship law be repealed forthwith and NPR and the proposed NRC be withdrawn.

Speaking on the resolution, chief minister Mamata Banerjee said the Citizenship Amendment Act is "against the Constitution and humanity".

"We want this law to be repealed immediately. We want NPR to be also repealed," Banerjee said.

The resolution was supported by both the opposition parties Congress and the CPI(M) led Left Front.

With the passage of the resolution, West Bengal became the fourth state as similar resolutions have already been passed by Left-ruled Kerala and Congress-ruled Punjab and Rajasthan state assemblies.

Earlier, State Parliamentary Affairs Minister Partha Chatterjee introduced the anti-CAA resolution in the House at around 2 pm and later it was passed in the West Bengal state assembly following discussion on the resolution.

"We won't allow CAA, NPR, and NRC…We will fight peacefully," said West Bengal Chief Minister Mamata Banerjee while taking part in the discussion in the state assembly mentioning that, "This protest is not only of minorities but of all".

"As per the CAA, you have to become a foreigner to become a citizen… this is a terrible game, pushing people towards death. Don't fall into their trap," media report quoted Mamata as saying in the assembly. The congress and left parties supported the government and voted for the resolution.

However, the lawmakers belonging to BJP opposed the resolution and thanked Prime Minister Narendra Modi and Union Home Minister Amit Shah for the CAA to help refugees get their citizenship of the country.

Kerala, which was the first state to pass a resolution against the law, had invited other opposition-ruled states to follow suit when the BJP has questioned the efficacy of such resolutions.

Despite countrywide protests against the CAA, the ruling BJP declared that it would not overturn the law and that states are constitutionally obligated to follow any law passed by the centre.

However, Punjab Chief Minister Amarinder Singh said such a resolution "represents the will of the people" as it comes through their elected representatives.

The controversial Citizenship (Amendment) Bill was passed in both houses of Indian parliament last month with a provision to grant citizenship to non-Muslim refugees from Pakistan, Bangladesh and Afghanistan. The bill is aimed at providing citizenship to six communities- Hindus, Christians, Sikhs, Jains, Buddhists and Parsis.