World Bank to bulk up assistance 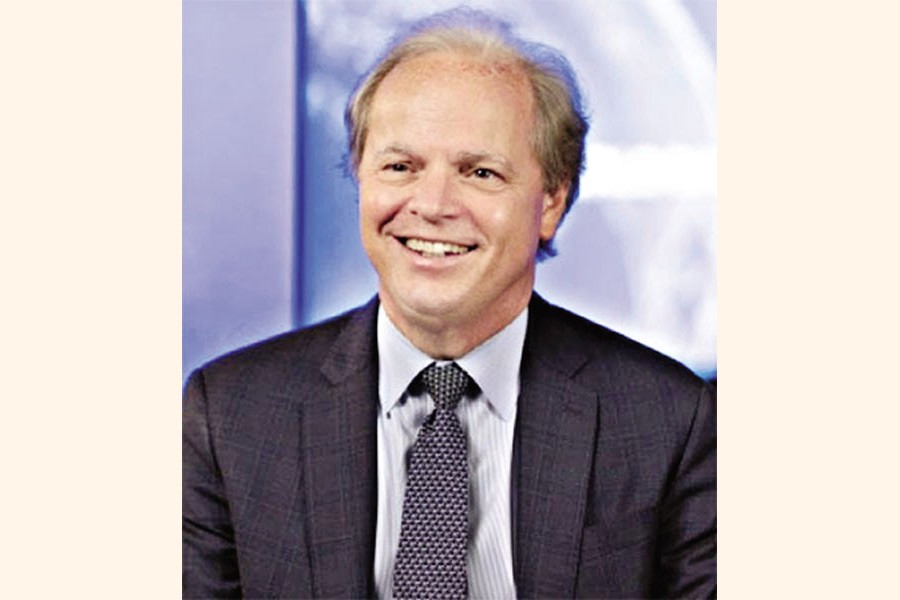 At separate meetings with Prime Minister Sheikh Hasina and Finance Minister AHM Mustafa Kamal, he made the assurance encouraged by the country's development and growth trajectory, which he considered to be an inspiration for many other countries.

Concluding his three-day visit to Bangladesh on Tuesday, marking the bank's 50 years of partnership with Bangladesh, Mr Trotsenburg also pledged to support Bangladesh's vision of achieving upper-middle income status by 2031.

He said: "It (Bangladesh) has tackled many development challenges in remarkable ways. It has reduced poverty in record time and has played a leading and innovative role in disaster risk management and adaptation to climate change."

At a dinner party on Saturday evening, finance minister Kamal requested the WB MD to extend their support as the country is struggling to cope with the shocks of the global energy and food prices.

He met PM Hasina on Monday when the bank's executive assured of higher funds for Bangladesh's development.

"The World Bank has been a steadfast partner for the past five decades and remains committed to help Bangladesh achieve green and inclusive economic growth and development," Mr Trotsenburg said.

He hailed Bangladesh's role in climate change adaptation and disaster preparedness, and the PM's strong leadership as the chair of the Climate Vulnerable Forum during 2020-22.

"Despite being severely affected by climate change, Bangladesh has emerged as a global leader in climate resilience and disaster preparedness by taking a bold and innovative approach to reduce cyclone-related deaths more than 100-fold since 1971," he added.

Meanwhile, a WB press release issued here on Tuesday said the bank helped Bangladesh build and rehabilitate more than 700km of coastal embankments and 1,000 cyclone shelters-cum-schools, and 550km of paved roads that improved access to the surrounding villages.

On Tuesday, Mr Trotsenburg visited a bank-financed cyclone shelter that serves as a primary school during normal weather and met with the local communities.

He also visited the Rohingya camps in Cox's Bazar and thanked Bangladesh for its generosity in providing shelter to around 1.1 million displaced Rohingya people.

The WB has already provided $590 million in grants to help Bangladesh meet the basic needs of the Rohingya people and the host communities.

"The World Bank is helping Bangladesh navigate through challenges of global shocks, including the impacts of the pandemic and the Russian invasion of Ukraine, and address barriers to higher growth," Mr Trotsenburg said.

"We are committed to supporting Bangladesh in its goal to become an upper-middle income country by 2031. For this, we will help create more private sector jobs, improve social and economic inclusion, and reduce climate vulnerability," he added.

Over the last 50 years, the Washington-based lender has committed about $39 billion worth of loans and grants to Bangladesh.