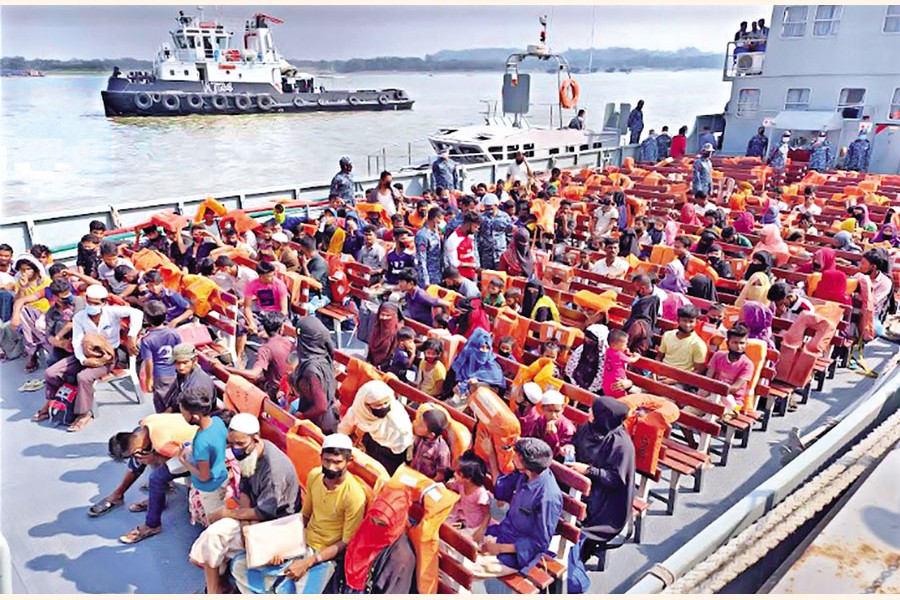 CHATTOGRAM, Nov 25 (BSS): Another 379 more Rohingyas reached Bhasan Char from the city's Patenga Boat Club on Thursday under the supervision of Bangladesh Navy.

Earlier, they reached Patenga from Cox's Bazar's Ukhiya Balukhali camp and left for Bhasan Char with the help of two naval ships around 10 am today

after an overnight stay at a temporary transit camp of BAF Shaheen College.

Rear Admiral Mozammel Haque, Chattogram Region Commander of the Bangladesh Navy said that there were various rumours about Bhasan Char. Confidence among the Rohingyas has also returned after the departure of various organizations including the United Nations and UNHCR.

Now many are interested in going to Bhasan Char. About 0.1 million Rohingyas are being kept in Bhasan Char, he said.