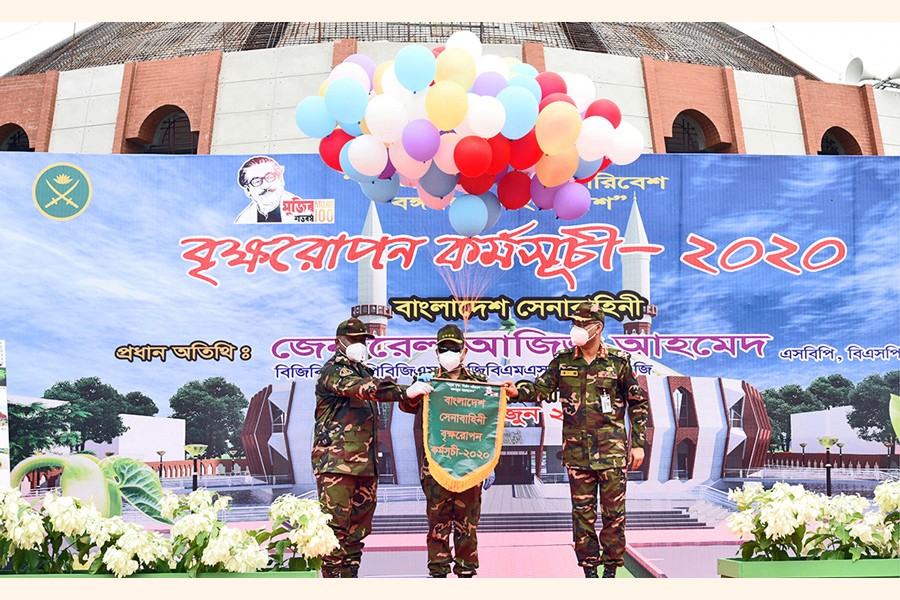 He also inaugurated tree plantation programme at all cantonments of the country through video conferencing with a theme 'Green, Pure environment, Bangabandhu's Bangladesh'.

This year, fruit, forest and medicinal trees will be planted at cantonments, Swarnadip training centres, firing ranges, DOHS, and all Jalshi.