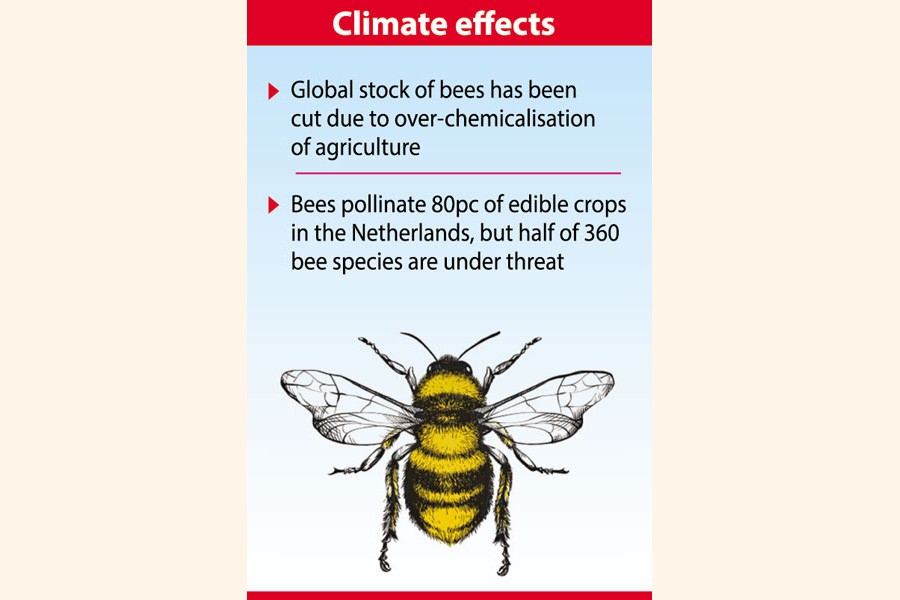 Academics and climate experts on Wednesday underscored environmentally sound human behaviour as modern lifestyle and use of technology have largely been contributing to global climate disasters.

They spoke for a green solution and sought the active role of the developed world in addressing climate byproducts-climate refugee and climate immigration.

Despite being top carbon emitters and contributors of greenhouse effect, the western world and developed countries are reluctant to take climate refugees.

But countries like Bangladesh are struggling to address their climate refugees, they added.

The speakers said this at a seminar hosted by the Bangladesh Institute of Development Studies (BIDS) held in a hybrid mode, including physically in BIDS Conference Room in Dhaka.

The seminar was styled 'Rediscovering our common wealth: A philosophical argument about the case for the precautionary principle in relation to climate change with an inter-generational discounting theme'.

Dr Geof Wood, emeritus professor of international development at University of Bath, was the speaker of the seminar with MA Sattar Mandal, a BIDS professorial fellow, in the chair.

According to the Delft University of Technology, Mr Wood said, the global stock of bees has been cut due to over-chemicalisation of agriculture.

Bees pollinate 80 per cent of edible crops in the Netherlands, but half of 360 bee species are under threat, reads his presentation.

For the last 150 years, the rich world has based the formation of its wealth and lifestyle on an unconstrained exploitation of available environmental resources without much care for the future.

At the event, Mr Mandal said modern-day services are largely dependent on technologies that cause additional carbon and greenhouse gas emissions.

To guide environmentally sound and rational behaviour, states and governments can formulate rules and regulations to reduce carbon emissions and promote climate-friendly approaches, he added.

Climate expert and former BIDS research director Dr Asaduzzaman said there are people who think of themselves only but think of others only can save you from any possible disaster.

The IPCC, a UN intergovernmental body, warned in 2022 that the world is set to reach the 1.5ºC level within the next two decades. It said only the most drastic cuts in carbon emissions from now would help prevent an environmental disaster.