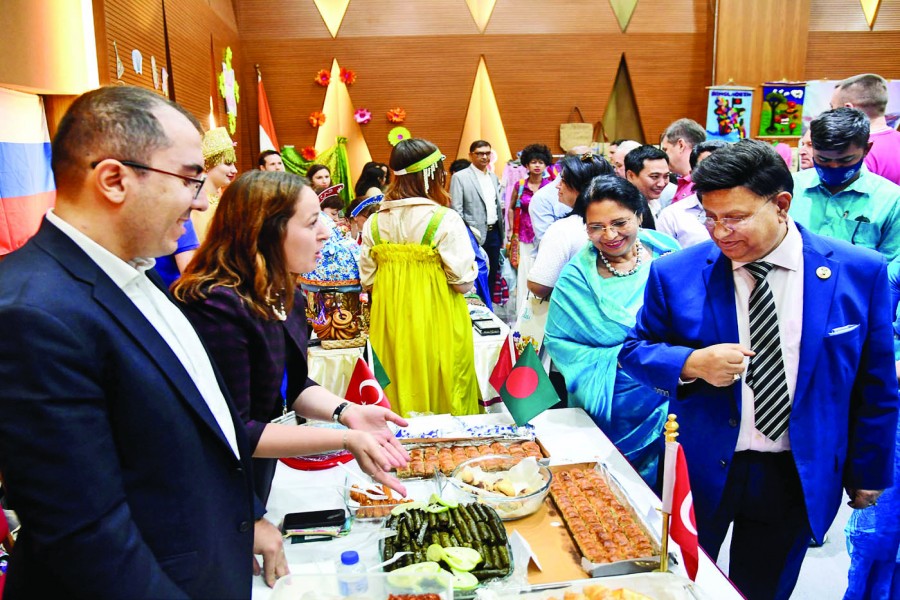 "I am very proud of them. Every year, they are coming up with more innovative ways of doing it," he said.

Momen said the FOSA members spent plenty of time in organising a series of events and assured them of extending support from his Ministry to organise such events in a larger way.

Describing the FOSA as very vibrant, the FM said they have also published books. "They have done a wonderful job."

Momen said the event has brought together not only the Foreign Service officers' spouses but also dignitaries from the foreign missions stationed in Dhaka where they set up their own stalls to project their culture and projects.

"These are all about charity. Charity always goes a long way (in terms of return)," he said, adding that all proceeds from the Bazaar will go to charity.

Foreign Missions based in Dhaka including India, Turkey, Thailand, Russia, Indonesia, Pakistan, Palestine and Vietnam also joined, according to the Ministry of Foreign Affairs.