PM for creating a social movement against drugs 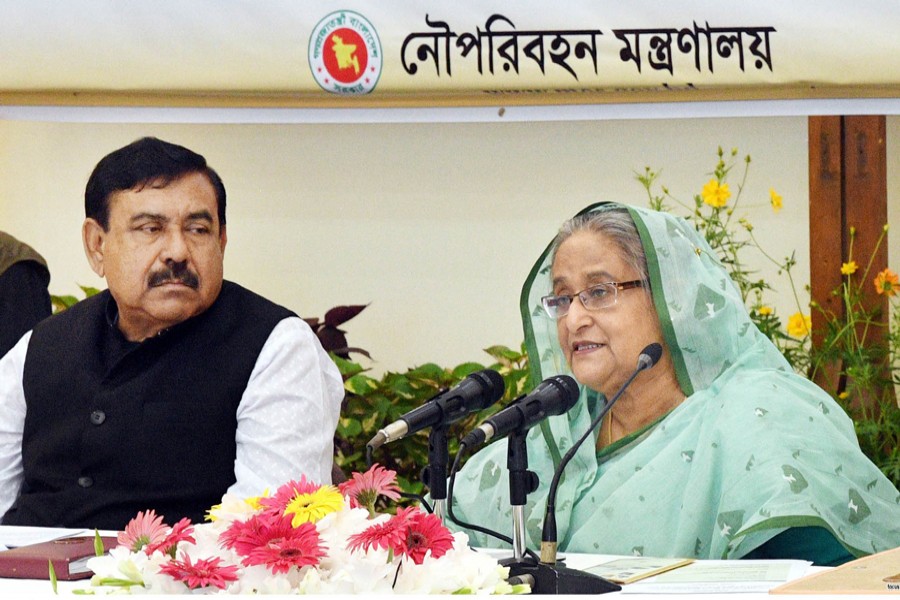 Prime Minister (PM) Sheikh Hasinaon Sunday laid emphasis on creating a social movement against drugs as the one done against militancy, reports UNB.

Sheikh Hasina said her government does not want the future of the country's children to get ruined. "We don't want to see someone to become terrorist and drug addict."

She said the government wants every child to be the worthy citizen of the country and work for its development.

"They'll build themselves in a planned way, they'll build a prosperous life, and that's our aim.

That's why the government wants to eliminate terrorism and militancy from the country and root out drug abuse as well.

So, there's a need to create a social movement...everyone should remain alert," she said.

Hasina urged all the guardians, teachers, imams and religious clerics to remain vigil.

The government wants to build the country beautifully where the future of every child will be brighter and all will be able to flourish their talents and devote themselves to nation-building activities.

"There'll be a technology, knowledge-based nation...that's our aim," she said.

The PM said her government wants to make river routes effective soon as transportation cost on such routes is very low.

"We want to build a river transport network across the country by dredging rivers and making river routes more operational soon," she said.

The government is working with plans to improve river connectivity to all areas, enabling those regions to make huge contributions to the national economy, the PM added.

Father of the Nation Bangabandhu Sheikh Mujibur Rahman had taken initiatives to dredge rivers immediately after the 1971 Liberation War despite the country's severe financial constraint, considering the importance of river routes in the national economy.

But those who formed governments after 1975 did not give any attention to the river connectivity.

She criticised the BNP government for shutting down Khulna Shipyard.

The BNP government declared the shipyard abandoned saying that it is not a profitable one.

But the Awami League government handed it over to the Navy and it is now building warships, Hasina said.

She said Balu Mahals (Sand quarries) will have to be changed after a span of certain time to prevent the river erosion.

She put emphasis on conducting a survey on the feasibility of a sand-quarry and planned extraction plan.

Shipping Secretary Md Abdus Samad made a video presentation in this regard.