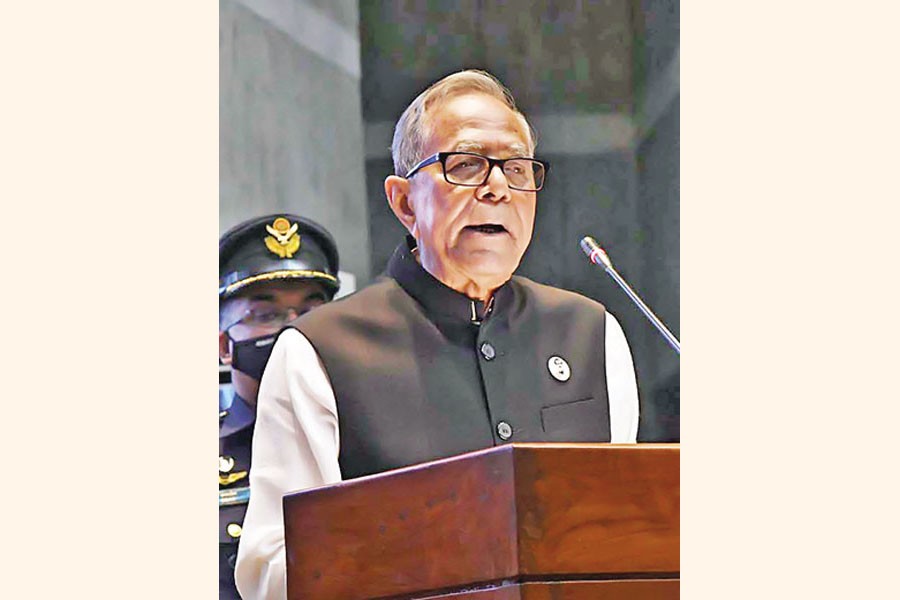 The President was speaking at the inaugural of the two-day special session of Parliament to mark the Golden Jubilee of the independence of Bangladesh.

He urged the political parties regardless of their ideologies to follow the ideals of Bangabandhu Sheikh Mujibur Rahman, the Father of the Nation, in building a culture of tolerance and mutual respect and take the country ahead.

He also called upon all to accelerate the democratic journey of the nation and socio-economic development of the country irrespective of caste, creed and religion burying the differences on the glorious occasion of the Golden Jubilee of independence.

The President said every effort is being made to establish good governance in the country. The Anti-Corruption Commission, the National Human Rights Commission and the Information Commission are actively discharging their responsibilities.

The rule of law has been established by speedily disposing of verdicts in Bangabandhu murder case, war crimes and other sensational cases including trial of crimes against humanity, he said.

He added that the government's 'Zero Tolerance' policy aimed at curbing corruption, drug addiction, militancy, terrorism and communalism has brought relief to the country, which is being lauded worldwide.

Annual performance agreements, grievance redressal management, citizens' charter and integrity strategy are being implemented to bring every government institution under transparency and accountability for ensuring good governance, he also added.

To this end, everyone must work relentlessly, he added.

He said, "Bangladesh needs to continue the ongoing development trend by utilising the Fourth Industrial Revolution to meet the challenge of transition to a developing country."