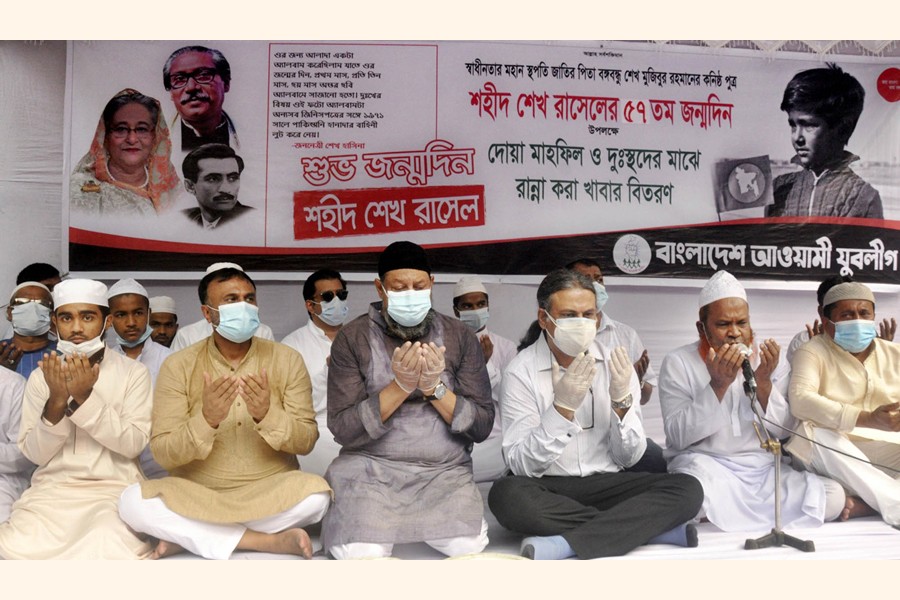 Wreaths were placed on the graves of the 15th August martyrs at the Banani graveyard in the capital on Sunday morning, said a press release.

A milad mahfil was held for the martyrs of August 15, including Sheikh Russel at Banani graveyard mosque, said the release.