Home Minister Asaduzza-man Khan Kamal on Saturday said that BNP has been given permission to hold rally on December 10 at Suhrawardy Udyan in the city since the ground is suitable for mass gathering, reports BSS.

"Dhaka Metropolitan Police agreed to give permission for the venue which they (BNP) wanted. They also wanted more alternate venues. The DMP thought that this place (Suhrawardy Udyan) is suitable, therefore they have given this place," he said while responding to a question from journalists after attending a programme at Dhaka Club. 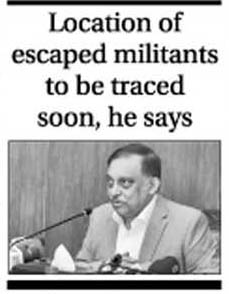 Awami League (AL) has some party programmes at this venue, the minister said, adding they can use the venue after the AL's programmes.

Officially they (BNP) wanted three places, one of which was allowed by the DMP, he said.

BNP wanted to hold rally in front of Parliament, but no one is allowed there, the minister said, adding they also wanted Suhrawardy Udyan.

Meanwhile, Home Minister Asaduzzaman Khan Kamal hoped that the location of the escaped militants would be traced very soon.

The minister said this in response to the journalists' questions after inaugurating the 2nd Sheikh Kamal SAARC Snooker Championship in the capital on Saturday.

Law enforcement agencies are working and hopefully we will get the probe report soon, he added.

When questioned about Major (retd) Syed Ziaul Haque, the chief coordinator of Ansar Al Islam, the home minister said militant Zia is frequently changing his location and that is why its taking a bit more time to arrest him.