BNP to hold rallies in all divisional cities Feb 4 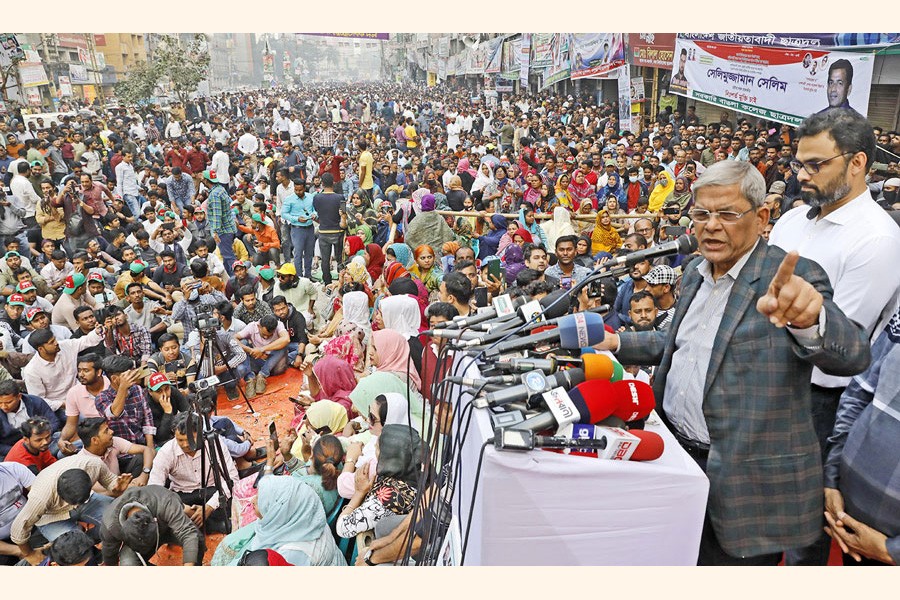 BNP will hold rallies in all divisional cities for February 4 to press home its 10-point demand, including holding the next general election under a caretaker government, reports UNB.

Fakhrul said the rally will be held in all divisional cities demanding unconditional release of the party leaders and activists, reduction of prices of electricity and daily commodities.

However, the programme for Dhaka metropolitan area on that day will be announced later, he said.

As part of the simultaneous movement against the current government, BNP arranged the rally with the participation of a huge number of leaders and activists of the party and its associated bodies.

The organisers said the programme was meant for registering a protest against the introduction of one-party Baksal rule by the Awami League on this day in 1975 and the rise in prices of power and gas.

The programme was also organised to mount pressure on the government to accept the party's 10-point demand, including holding the next polls under a non-party caretaker government.

Apart from BNP, other like-minded opposition parties, alliances and organisations also observed a similar programme in Dhaka and other divisional cities and district towns on Wednesday as part of the simultaneous movement to oust the current government.

They also announced rally in the divisional cities for February 4.