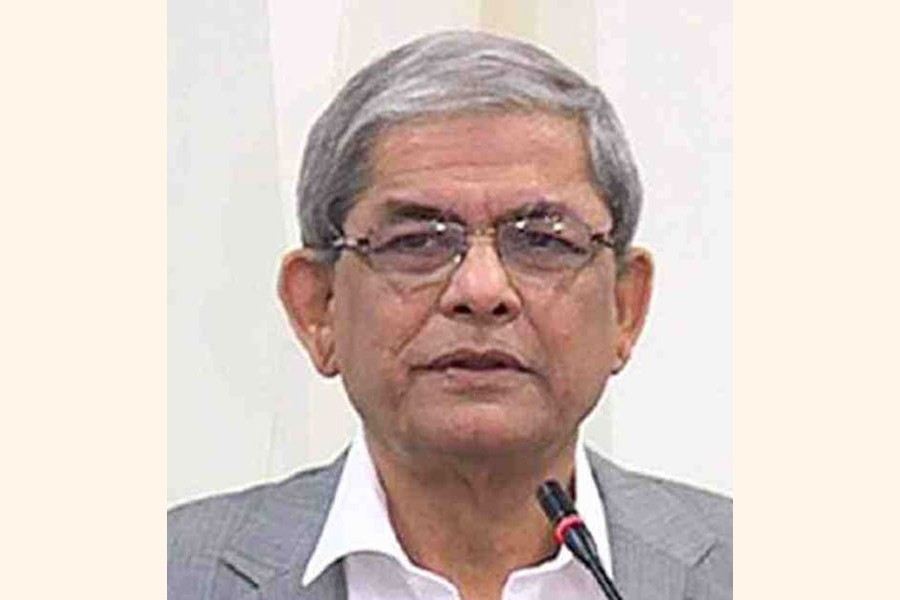 "We want to say it clearly that it's not possible to hold a free and fair election under the Awami League government. For this, a neutral election-time government is needed. We'll join the election if conducted by a new Election Commission under the neutral government. We'll wage a movement to ensure it," said Fakhrul.

He came up with the remarks at a press briefing after visiting the shrine of Hazrat Shahjalal (RA) in Sylhet on Sunday morning.

Fakhrul reiterated that BNP will not participate in any election under the Awami League (AL) government unless a suitable environment is ensured.

The BNP leader said, "There's no election situation in Bangladesh now. An unelected and illegitimate government has been in power for the last two terms by force."

The government has completely failed to provide security to the people of the country as a whole. "It has failed to ensure security of Hindu, Buddhist and Christian community people and their places of worship. Even majority Muslims have no safety in the country."

Mirza Fakhrul reached Sylhet in the morning. After visiting the shrine in Sylhet, he went to Sunamganj to attend the mourning ceremony of former whip and former president of Sunamganj district BNP Fazlul Haque Aspia.