'No Bangladeshi migrated to India after independence' 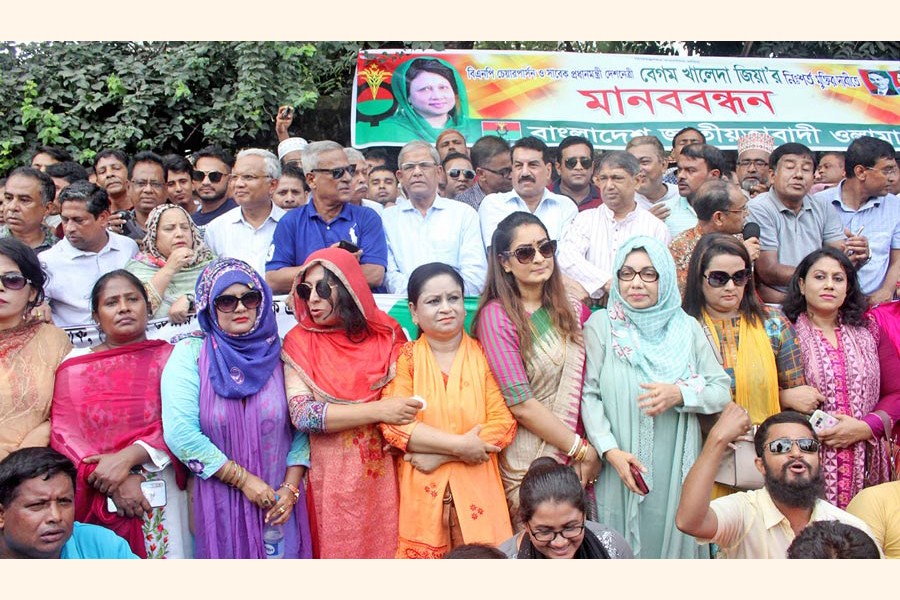 "We call upon people to get united to resist those who snatched our all the rights, including voting one," he said.

The BNP leader came up with remarks while speaking at a human-chain programme in front of the National Press Club in the city, demanding its chairperson Khaleda Zia's release from jail.

He further said, "We all, irrespective of party and opinion, must raise voice to protect our independence and uphold the Liberation War spirit. We'll surely be able to defeat the current monstrous regime through launching a greater movement in the days to come."

The BNP leader said the government has put the country in a dangerous situation by destroying democracy as it does not love people.

Observing that a deep-rooted conspiracy is on to endanger the country through the publication of the National Register of Citizens (NRC) in Assam, Fakhrul said no Bangladeshi migrated to India after the 1971 Liberation War.

"After the publication of the NRC, ministers and politicians of our neighbouring friendly country are threatening to send infiltrators from Bangladesh back," he said.

The BNP leader said, "We would like to clearly say no Bangladeshi migrated to India after our independence. A deep-rooted conspiracy is being hatched to jeopardise the independence and sovereignty of Bangladesh."

He came up with the comments while speaking at a human-chain programme organised by BNP in front of the Jatiya Press Club, demanding its chairperson Khaleda Zia's release from jail.

Fakhrul accused the government of sacrificing the country's interests by adopting a submissive foreign policy.

"They (govt) are unable to resolve the Rohingya crisis as they lack legitimacy and courage," he observed.

The BNP secretary general also said the government could not send back even a single Rohingya to their country of origin over the last two years due to its knee-jerk foreign policy.