BNP working on waging a united movement, he says 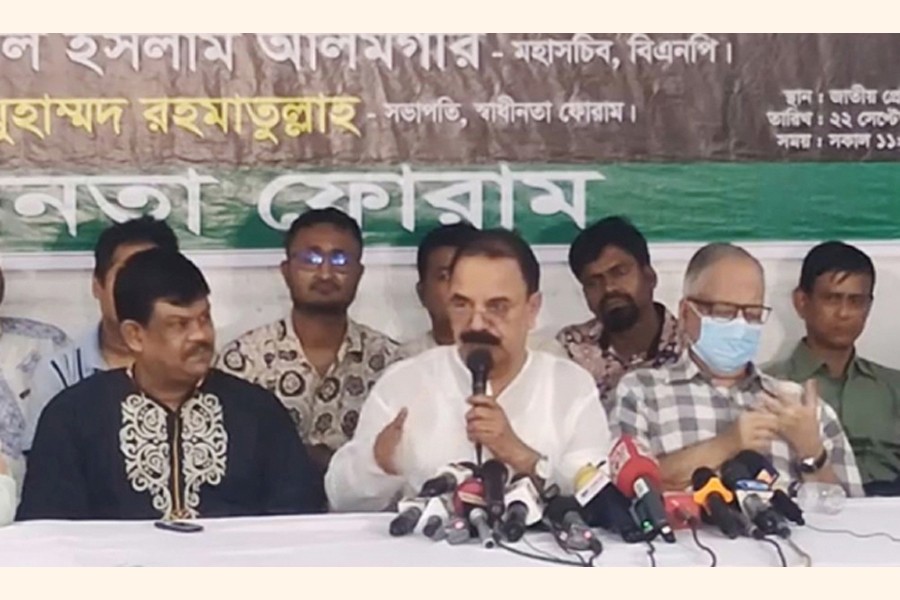 BNP senior leader Gayeshwar Chandra Roy speaking at a discussion organised by Swadhinata Forum, a pro-BNP platform, at the Jatiya Press Club in the city on Thursday — UNB Photo

Calling upon the public servants to discharge their duties neutrally, BNP senior leader Gayeshwar Chandra Roy on Thursday said it is not the responsibility of the administration to help an 'anti-people' government perpetuate power, reports UNB.

"I would like to say to those who are in the administration or partners of the government or its partners of plundering and beneficiaries you won't lose your job (if Awami League loses power). But from now on do only the normal work which is your duty," he said.

Speaking at a discussion meeting, the BNP leader also urged the public servants both in uniform and plainclothes to stand by people before time runs out.

"If you work for protecting the government instead of taking people's side, then the consequences won't be good. You do your job…but if you play a role in prolonging the power of a government which people do not want, then there will be no scope to spare you, no matter who you may be," he warned.

Gayeshwar, a BNP standing committee member, said their party has been working on waging a united movement by forging the unity of the political parties to protect people's voting rights. "We all are trying to work with a common goal to protect the country together."

The BNP leader also recalled the colourful political life of Shah Moazzem Hossain and paid tribute to his memory.