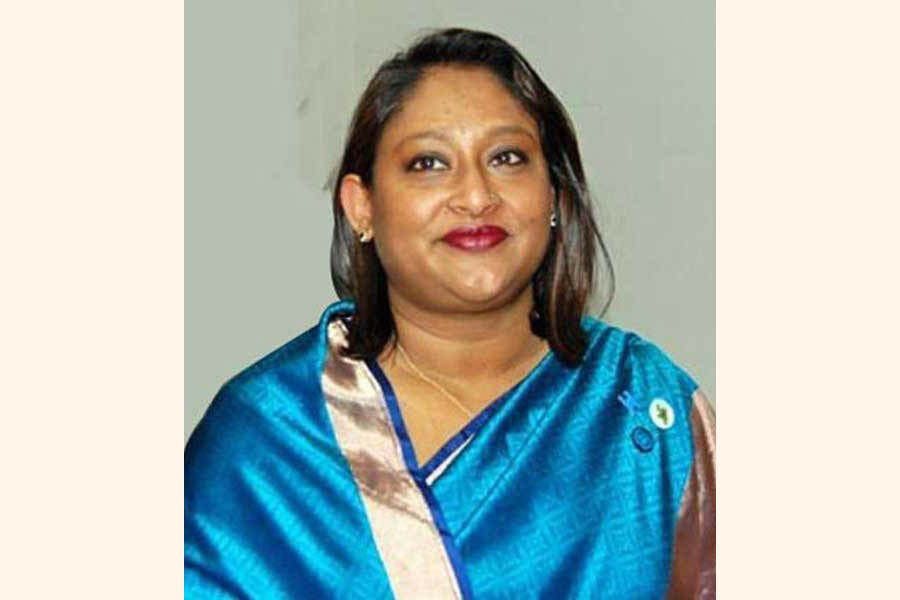 Adviser to the Director General of WHO on Autism and Mental Health Saima Wazed Hossain has said Bangladesh government's initiatives taken over the last two decades prioritising girls and women have come in tremendous use during COVID-19 crisis, reports UNB.

"That's a reflection of a fact that we've a woman in power. She's taking the decision," she said while addressing a webinar titled "The Impact of the COVID-19 Pandemic on Women and Girls" on Tuesday night.

Saima, daughter of Prime Minister Sheikh Hasina, said they have truly seen a clear difference in keeping women at the centre of all economic and social activities. "Because our Prime Minister is a woman."

She said reproductive and maternity healthcare services are kept open and the government makes sure that deliveries take place in healthcare centres safely instead of homes.

Saima described how the crisis came as an opportunity for Bangladesh to see what systems work well amid the crisis through using technology.

She shared how Bangladesh introduced online education system using technology and television. "We're looking at it in a holistic approach."

Responding to a question on telehealth, Saima said it is an important way to go at this point. "It plays a very important role. It gives people access to lot of health experts."

She, however, said it is unexplored in many countries though it can be used as an opportunity to reach out to people.

In her opening remarks, Saima said they are very fortunate that there are many safety net programmes are in place in Bangladesh.

She said they have a major concern with a growing number of domestic violence globally and women at the receiving end of frustration amid economic hardship.

Saima said it is always a concern for women's mental health globally but Bangladesh is making a significant difference by prioritising the issues.

She said the women are much more resistant to lot of changes. Saima said there are lots of support systems that are put in place for women in Bangladesh to reach out.

In her recent article, Saima said the issue of women's rights, feminism and gender is complex and ongoing in most countries, including Bangladesh.

"When I was asked to write about the impact of COVID-19 on women and girls, I found myself drawn towards writing about women's situation in general as that automatically impacts COVID-19 response as well.

Since I'm a woman who has been a part of many different cultures, yet a Bangali at heart, I'm not only a survivor within its ranks but also responsible for being a part of the solution to the problems we face."

In his chronicles as a young adult, Bangabandhu Sheikh Mujibur Rahman, the Founding Father of Bangladesh, wrote about the need for equal rights for men and women.