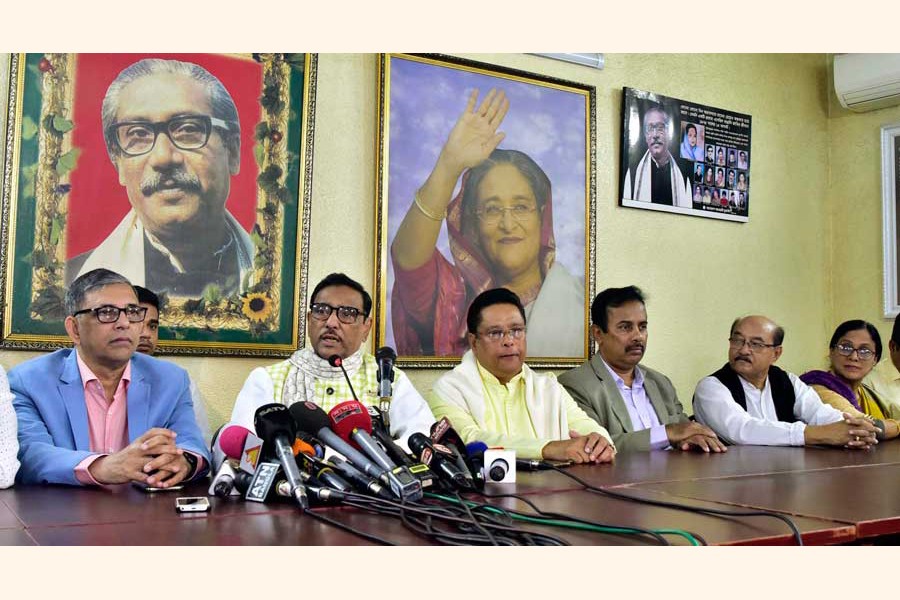 "It's a matter of the court. She is in jail in corruption cases. The government would have considered releasing her if it was a political case," he told reporters at Awami League president's political office in Dhanmondi.

Parole is a conditional release of an inmate before completion of the sentence.

"He (Fakhrul) called me and requested to place the issue before the Prime Minister. I've discussed it with the home and law ministers. They didn't receive any application in this regard," Quader said.

Khaleda Zia, a former prime minister, has been in jail since February 8, 2018. She was convicted in two corruption cases. Her party insists that the cases are politically motivated but the government denies the charges.

Quader said if BNP decides to apply for parole, they should mention why they are seeking it.