No release of Khaleda on parole without logical ground 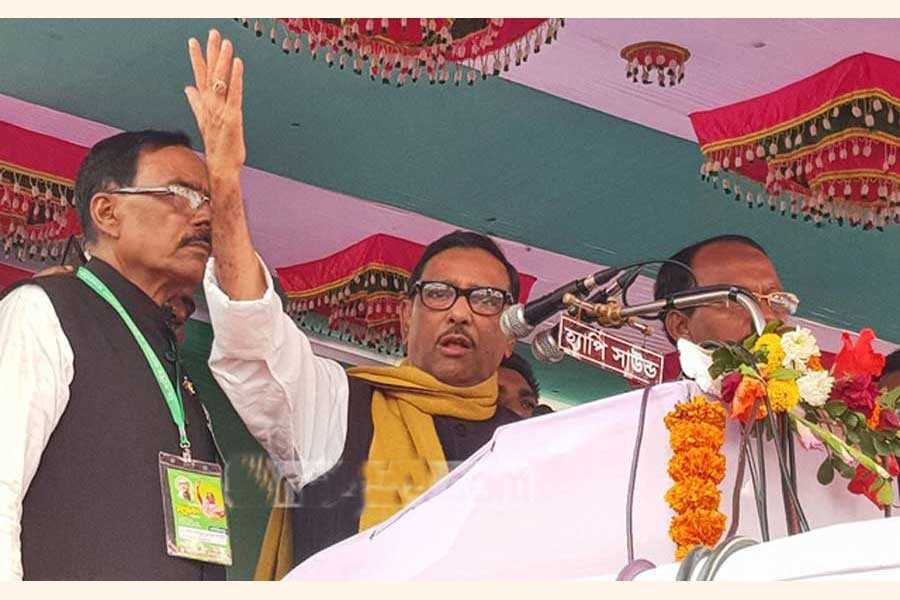 "None so far has applied to the Home Ministry for Khaleda Zia's release on parole. Even, if they apply, it should have a logical ground," he said.

The minister came up with the remarks while speaking at the inaugural session of triennial council of Tungipara upazila unit of AL on the upazila parishad premises.

Quader said BNP claims family members of Begum Zia have applied in various ways for her release on parole but the Home Ministry did not get any application.

"BNP makes application on television screen" not in reality, he added.