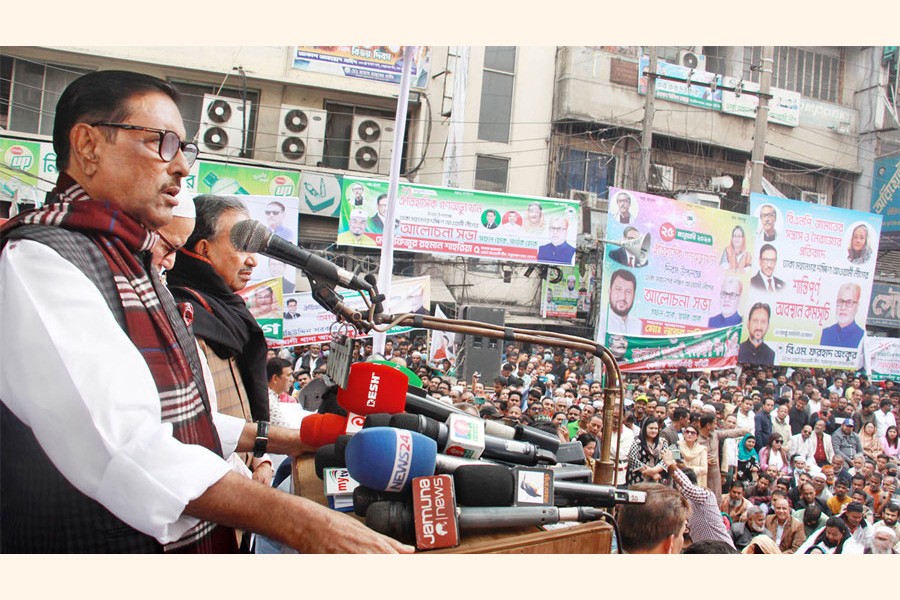 Awami League (AL) General Secretary Obaidul Quader said on Wednesday the BNP's movement is losing its strength as the country's people do not believe in the words of BNP leaders, reports BSS.

He made the remarks while speaking at a rally, organised by Dhaka South City AL in front of the party's Bangabandhu Avenue central office in the city, marking the historic Mass Upsurge Day.

"BNP is now like a pathless passerby," the AL general secretary said, adding that Bakshal was not a party with a single political entity but a national party involving all parties and opinions.

He said BNP founder Ziaur Rahman had become a member of Bakshal by appealing to Father of the Nation Bangabandhu Sheikh Mujibur Rahman.