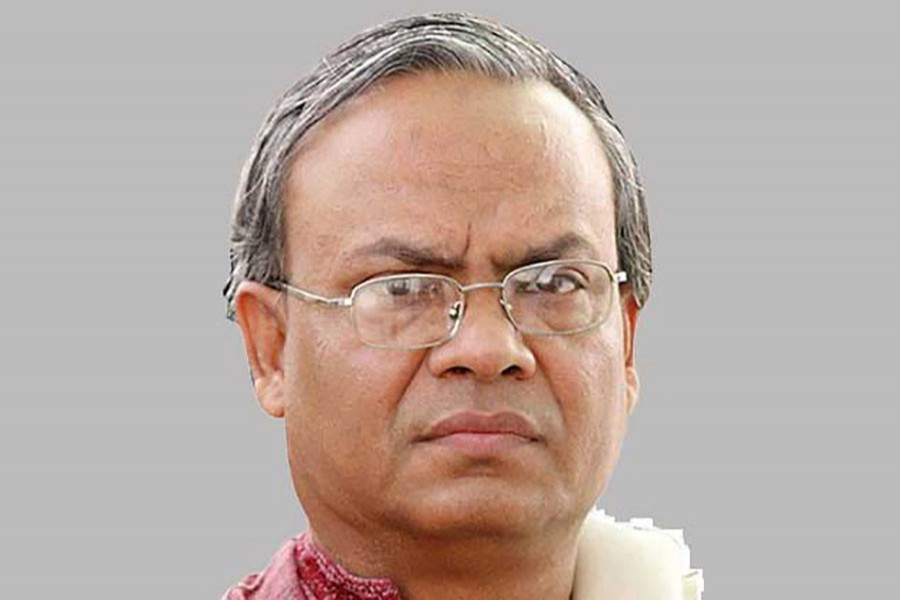 BNP senior joint secretary general Ruhul Kabir Rizvi alleged on Thursday the sudden warnings by the Prime Minister and other ministers about the second wave of coronavirus look mysterious when the official statistics suggest a decline in both the infection and fatality of the virus, reports UNB.

"The Prime Minister as well as ministers have suddenly started talking about the second wave of corona. Their such statements are shrouded in mystery when official data shows the number of coronary infections and deaths is declining every day," he said.

The BNP leader came up with the remarks while speaking at a virtual press conference from the party's Nayapaltan central office in the city.

He also said the government is talking about the deterioration of corona situation after reducing the corona test by half and resuming all official activities in full swing.

"Under the circumstances, it seems something is wrong somewhere. I recall a famous quote from Shakespeare's play Hamlet 'something is rotten, in the state of Denmark'" Rizvi said.

He said the government is talking about a further outbreak of the virus to divert people's attention to a different direction from its failures and hide some big incidents that happened in the country. "We would like to clearly say that the fall of false, untrue and illegitimate entity is inevitable."

The BNP leader, however, did not say anything about those big incidents.

Referring to health experts, Rizvi said it is not certain that the second wave of corona will hit the country as it depends on strictly maintaining the health hygiene and safety rules by people.

Prime Minister Sheikh Hasina recently voiced an apprehension that the Covid-19 situation may deteriorate to some extent during the upcoming winter and asked everyone to bolster preparation to fight the pandemic.

Later, some ministers, including the health one, also warned people about a new wave of the deadly virus.

Referring to by-polls, Rizvi said Chief Election Commissioner (CEC) KM Nurul Huda has recently said there is no scope to hold a by-election at night and they will send ballot papers to the polling stations in the morning on the voting day of Pabna-4 by-polls.

"He also said the Election Commission doesn't have the scope to say who's responsible for stuffing ballot boxes at night (during the 2018 national election) … the CEC apparently acknowledged the voting on the night before parliament election," he observed.

The BNP leader said people have been deprived of their right to vote as the fair election system has been sent into exile from the country under the leadership of KM Nurul Huda.

"Democracy has been buried. You (CEC) are fully responsible for that. You're the main associate of the undemocratic Nazi government. You've now turned the Election Commission into a ridiculous institution," he alleged.

Rizvi also said the Chief Election Commissioner has been working as the 'mastermind' behind the destruction of democracy by selling the independence of the Commission to the government.