Prepare guideline for next generation to run state: PM 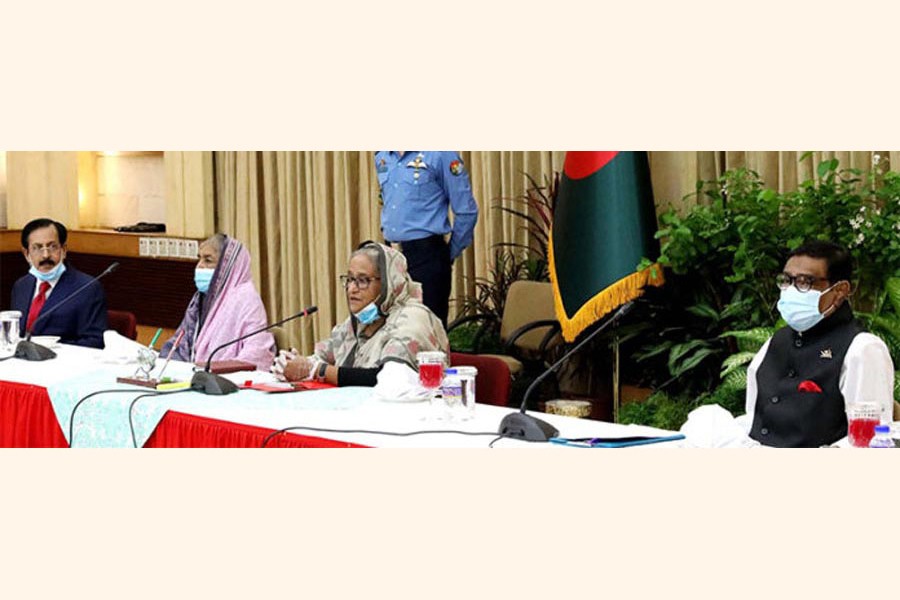 Prime Minister Sheikh Hasina on Wednesday stressed the need for preparing a concept paper or guideline or framework for the next generation to run the state towards advancement in future, reports BSS.

"The Awami League (AL) under the leadership of the Father of the Nation has brought the country's independence. As we are in power, we have to take the responsibility to (find ways) for the next generation on how the country will run and advance towards development not only in present days but also in the future. So, we will have to take preparation for that from now," she said.

The premier said this while giving introductory speech in a meeting of the party's presidium members at her official residence Ganabhaban in the city in the morning.

Sheikh Hasina, also Awami League president, simultaneously said what they (AL government) are now doing might be amended or changed for the demand of time.

She added: "We know the change will happen. Despite the fact, if a framework or a concept paper or a guideline has before (the next generation) then it will be easy to do any work for them whoever comes to power."

In this context, the Prime Minister reminded all saying, "How much time else I can continue (running the state) as I'm now 74, adding that they will have to prepare the guideline relating to running the country as the next generation could not lose their direction.

Referring to the increase in remittance inflow and forex reserve due to the government's timely measures in the face of the apprehension of declining, the premier said, "At this point our economy is in by and large good position."

She added: "None could think that our remittance will increase. It is increasing as we're giving two percent incentive (for sending remittance) and our reserve now stands at USD 39.4 billion."

Mentioning that said they have announced a huge budget of over Tk 5.00 trillion (Tk 5 lakh core), she said, "Announcing such a huge budget is not a small matter. We don't know how much we can do (in case of implementing the budget) in the face of coronavirus, but my desire was to have preparations to this end. If things go well, we'll be able to achieve it completely. If it's not, then we'll see…but we won't step back. We placed our budget to keep our economy moving."

The instruction was given from the meeting of the AL presidium with party President and Prime Minister Sheikh Hasina in the chair at her official residence Ganabhaban.

As per the directives of the Prime Minister, AL General Secretary and Road Transport and Bridges Minister Obaidul Quader revealed the information at a virtual briefing from his official residence in the city after the party's presidium meeting.