Prime Minister Sheikh Hasina announced cent-percent electricity coverage with inauguration of the 1,320MW Payra Thermal Power Plant, the largest of its kind, on the day. 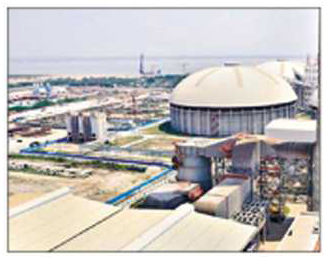 With opening the coal-fired Payra thermal power plant with eco-friendly Ultra-Supercritical Technology, Bangladesh has achieved another milestone implementing the government's pledge to bring all people under electricity coverage by "Mujib Borsho" which is going to end on March 31.

The Payra power plant was built on 1000 acres of land at a cost of 2.48 billion US dollars beside the Ramnabad River at Kalapara Upazila of the southern Patuakhali district and Bangladesh has become 13th country among the world in using the ultra supercritical technology in producing power.

The first 660 MW unit of the power plant went into commercial operation in May, 2020, utilising the 400 kv Payra-Gopalganj Power Transmission while the second one started operation in December 2021.

Apart from the 1320MW thermal power plant, construction work on another power plant is underway while the government has also a plan to build another 1320MW power plant and a solar power plant in Payra.