Shahabuddin Ahmed, the former president and chief justice of Bangladesh, has died at the age of 92 while receiving care at the Combined Military Hospital in Dhaka on March 19. 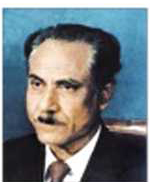 "He has passed away at CMH at 10:20 am," said his son-in-law, Prof Ahaduzzaman Mohammad Ali.

The former president had been suffering from complications due to old age for some time.

He was hospitalised on Feb 21 after his condition deteriorated.

Ahmed was born in Pemal village in Netrokona's Kendua on Feb 1, 1930. He went to Dhaka University and obtained his bachelor's degree in economics in 1951 and his master's in international relations in 1952.