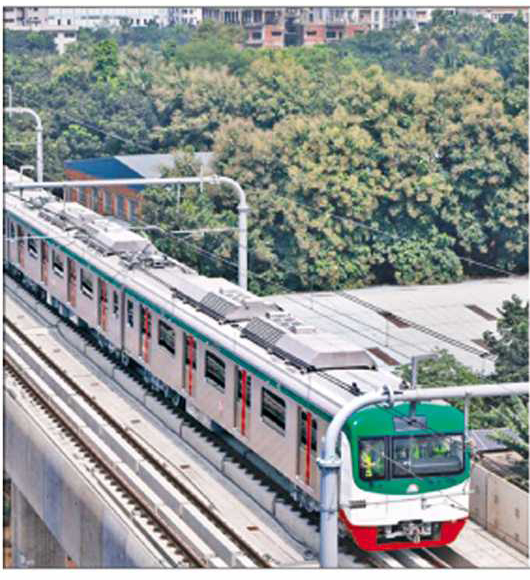 Prime Minister Sheikh Hasina became first passenger to book ticket and board the train, after the opening ceremony where she applauded the metro rail as another feather in nation's crown on its development journey.

Both the premier, officials concerned and Japanese builders termed it a dream come true while the metro train whistle-started from Uttara North Station for Agargaon with the Prime Minister and her 200 entourage members.