Genocide : What the World Ignored 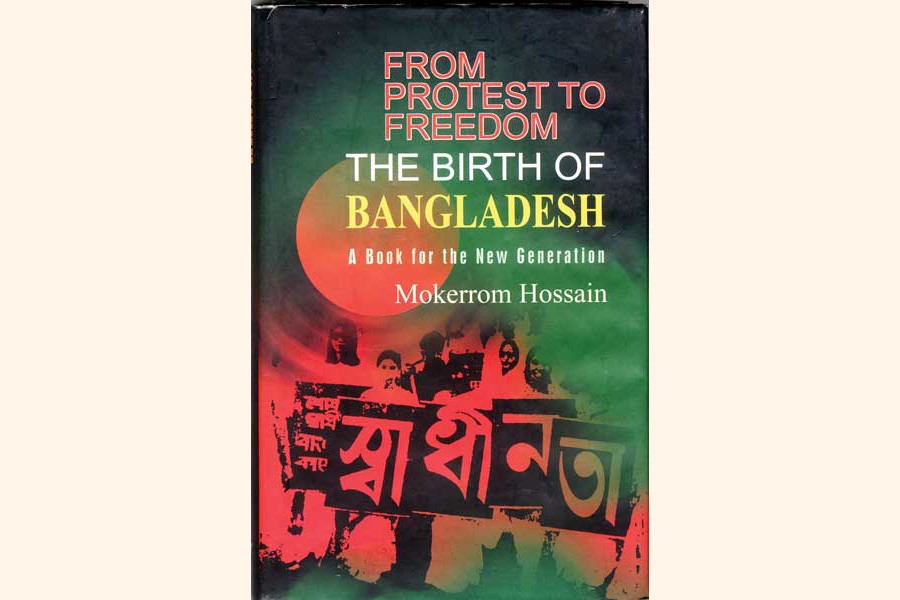 Please don't give me any news of death

What matters with the numbers ....

A mother lost a son

A brother lost a brother ...

On March 25, 1971, the army occupation of East Pakistan turned into a genocide. On the late afternoon of 25 March, the political confusion ended abruptly when the last President of united Pakistan, Yahya Khan, suddenly flew home to West Pakistan. Just prior to mid-night when the city was about to seek refuge from all the hustle and bustle of daily chores, the attack came. The Pakistani army indiscriminately attacked the Bengalis. The attack was orchestrated and carried out by the Eastern Command of Pakistan which was comprised of only one infantry division, i.e. 14 Division, with its Headquarters in Dhaka. Of the four brigades of 14 Division, the 57 Brigade was located in Dhaka, the 23 Brigade at Rangpur, the 107 Brigade at Jessore and the 53 Brigade was at Cumilla and Chttogram. This Eastern Command of Pakistan Army -- "which had brought up to strength of about 40,000 men scattered throughout East Bengal -- moved up against the 5,000 Bengali police with their headquarters at Rajarbagh in Dhaka. At the same time they attacked the detachments -- 1000 men -- of the East Pakistan Rifles at Pielkhana..." (Jackson, 1975: 33).

All over the country the attacks were carried out with precision as laid down in their "Operation Search Light." "[O]n 25 March when his green telephone rang at about 11 a.m., Lieutenant-General Tikka Khan, Chief of Eastern Command, was on the line. He said, 'Khadim [Major General Khadim Hussain Raja, the General Officer Commanding 14 Division in East Pakistan], it is tonight.' In addition, Lieutenant-General Tikka Khan and his staff were to spend the night at the Martial Law Headquarters in the Second Capital to watch the progress of action in and outside Dhaka" (Salik, 1997: 71). 'The Butcher Khan, like Nero, wanted to see how 'Rome was burnt'.

Prior to the final attack, the Pakistani command tried to either remove Bengali officers form commanding positions or disarm them and weaken the strength of the only existing Bengali regiment run by Bengali officers. During the third week of February 1971, there was a conference in Dhaka of all Brigade Commanders where decision was taken to deploy the four units of Bengali Regiments in different civil duties across the country (for details one may see Naism, 2002). "All the top generals were in Dhaka during the negotiations and watching the situation carefully" (Zaheer, 1994: 158). Zaheer quated Peerzada ... "During the hectic period of 15 to 25 March, Yahya was not only holding political negotiations .... he was visiting army installations and meeting army officers in the cantonment. Like other times after every visit and meeting with army officers, he came back with a more aggressive attitude towards political settlement and with an over-simplified view of the army's capability to control affairs. He was heavily influenced by top brass that he need not or should not concede too much to the politicians" (1994: 158).

Army tanks went in different directions to demolish different targets. One contingent rolled through the main street from airport to the city and attacked a newspaper office in front of the Radio Pakistan Dhaka office, and the same contingent took over the control of the radio station. Another went towards Dhaka University and attacked students' dorms. This attacked was actually video tapped by a professor of East Pakistan (Later Bangladesh) University of Engineering and Technology University, and the tape was smuggled out of the country as a first hand report of the massacre to the outside world. The area where the attacked took place in the student dorms, there were also selective break-ins at the faculty residences and a couple of professors were killed on that fearful night. Part of this attack was captured quite vividly by historian Wolpert:

"U.S M-24 tanks led the Punjabi-Baluchi assault upon student dormitories on the campus of the University of Dacca. Iqbal and Jagnath halls were filled with sleeping students and faculty when the tanks opened fire and continued shooting at least five minutes. Soldiers crouched behind the tanks then charged into the shell-battered dorms with fixed bayonets and killed all persons still alive: students, professors, caretakers, and servants. Tikka Khan's troops were thorough."

The Pakistani military ruler had been preparing for this crack down if not for a long time, since March 1st, the day they postponed the meeting of newly elected National Assembly. Especially after March 7 when the whole population started its non-cooperation movement against the central rule following directions from Bangabandhu Sheikh Mujibur Rahman, the Pakistani ruler became very annoyed but could not blame Mujib for treason, as Mujib did not declare 'independence'. Since that date, the army was preparing the blue print to attack Bengalis.

The highly equipped Pakistani army attacked Dhaka city's largest police station at Rajarbag. The local police responded with their three-not three rifles. They were in their beds when the attacked took place. Thus, they were in their traditional night suit-a loongy and a ganji. They scattered all over the neighbourhood to escape the attack, then started organising a resistance. It was beyond their imagination that the Pakistani army would attack law enforcement officers of the same country when there was no declaration of war and there were no charges against the local police about major violations of the law of the land. The attack was swift and brutal. There were no accounts of the deaths as the army wiped out evidence and cleaned the city after seizing control. Before the so-called control of Dhaka city it was "a night of infamy ... one could watch with horror the constant flash of tracer bullets across the dark sky and listened to the more ominous clatter of machine gun fire and the heavy clump of tank guns ..." (Blood, 2002: 195). "That night, the holocaust began" (Loshak, 1971: 79).

The administration took maximum measures to keep the operation completely away from any foreign journalists. However, two journalists, Michel Laurent, a French photographer working for the Associated Press news agency, and Simon Dring, of the Daily Telegraph of London, resourcefully evaded the administration's control. In his report, Dring gave the first eyewitness account of the terror campaign, which Pakistan's leaders had designed to "save" the "integrity" of their nation. "The first targets as the tanks rolled into Dacca", Dring reported, "were the students. Caught completely by surprise, some 200 students were killed in Iqbal Hall, .... as shells slammed into the building and their rooms were sprayed with machine gun fire" (Loshak, 1971: 80). As the Pakistani army violated the trust of the local police forces consequently many Bengali law enforcement agents left the force and joined the freedom fight. After the crackdown the political protests turned into a resistance movement with the goal of creating a nation state -- Bangladesh.

Dr Mokerrom Hossain is a Professor at the Department of Sociology and Criminal Justice, Virginia State University, United States of America (USA). mhossain@vsu.edu

[The above piece is excerpted from the writer's book titled 'From Protest to Freedom: The Birth of Bangladesh.']