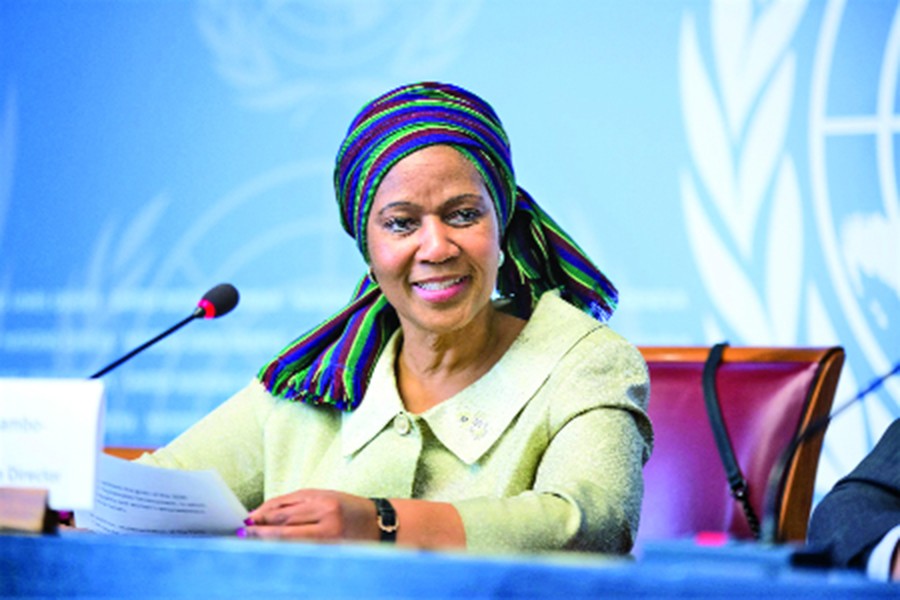 2020 is a massive year for gender equality. And the benefits of gender equality are not just for women and girls, but for everyone whose lives will be changed by a fairer world that leaves no one behind. It's the year for what we call "Generation Equality". With the leadership of civil society, we're mobilizing to realize women's rights, and to mark 25 years of implementing the Beijing Platform for Action.

We're enabling women to influence the decisions about their future. Generation Equality tackles issues of women across generations, from early to late years, with young women and girls at the centre.

We don't have an equal world at the moment and women are angry and concerned about the future. They are radically impatient for change. It's an impatience that runs deep, and it has been brewing for years.

We do have some positive changes to celebrate. For example, there has been a 38 per cent drop in the ratio of maternal deaths since 2000. 131 countries have made legal reforms to support gender equality and address discrimination. Twenty-five years ago, discrimination of women was legislated in many countries. Today, more than three-quarters of countries have laws against domestic violence in place. And more girls are in school than ever before, with more women in tertiary education than men globally.

But even though there has been progress, no country has achieved gender equality. Our best hasn't been good enough. Challenges remain for all countries, although many of them are not insurmountable.

Meantime, girls are making no secret of their disappointment with the stewardship of our planet, the unabated violence directed against them and the slow pace of change in fulcrum issues like education. For example, despite improved school enrolment, 1 in 10 young women today are still unable to read and write. This has to change in order for girls to fully own their power, take their place in the world, and play their vital role in technology and innovation.

Another priority target for our impatience is the lack of women at the tables of power. Three-quarters of all parliamentarians in the world are men. A proven solution is to introduce legally binding quotas for women's representation. Nearly 80 countries have already successfully done so and a few States have gender-balanced cabinets and explicitly feminist policies. This is a desirable trend that we need to see more of in both public and private sectors, where overall the proportion of women in managerial positions remains around 27 per cent, even as more women graduate from universities.

The same goes for women at the peace table, where the vast majority of the negotiators and signatories are men. We know women's involvement brings more lasting peace agreements, but women continue to be marginalized. Women's groups and human rights defenders face persecution yet are ready to do more. For this they desperately need increased security, funding and resources.

My greatest impatience is with unmoving economic inequality. Women and girls use triple the time and energy of boys and men to look after the household. That costs them equal opportunities in education, in the job market and in earning power. It's a driver of repeating poverty. Young women raising families are 25 per cent more likely than men to live in extreme poverty, affecting millions of young children, with impacts that last into later life for both mother and child. The solution includes good policies that promote more equality in childcare responsibilities and that provide state support to families, and those who work in the informal economy.

So, though we are radically impatient, we are not giving up and we are hopeful. We have growing support from allies and partners who are ready to tackle barriers against gender equality. We see the driving will for change across generations and countries. We are locating issues that unite us and that offer opportunities to disrupt the status quo. Lessons learnt in the last 25 years have shown us what is needed to accelerate action for equality. Generation Equality is one of our answers and together, we are that generation.