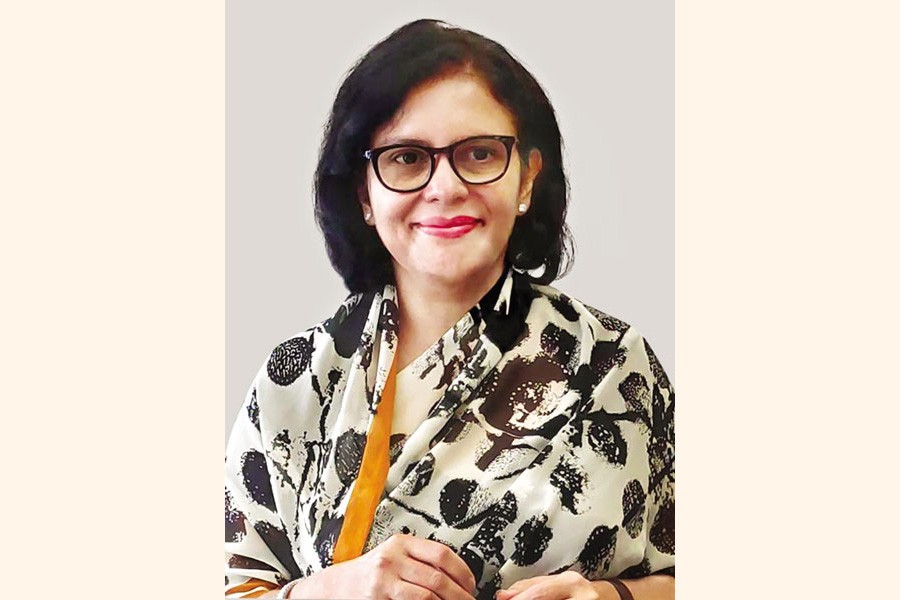 Traditional mindset towards women and lack of access to finance are among the major barriers to going into capital intensive businesses like readymade garment (RMG) by women entrepreneurs, said Dr Rubana Huq, the first female president of Bangladesh Garment Manufacturers and Exporters Association (BGMEA).

"Women have limited accesses to funds. In spite of being better borrowers and also spenders, women have a fewer access loan than their male counterparts," she noted.

"And it is also the mindset against women that has been preventing them coming into businesses," the BGMEA chief said while talking to the FE in an interview taken on the eve of the International Women's Day.

The BGMEA is the apex body for the country's apparel sector having about 4500 registered member factories.

Around 40 per cent of BGMEA member factories are knitwear and sweater manufactures, and the rest 60 per cent are involved in the production of woven garments.

The BGMEA member factories account for 100 per cent woven garment exports of the country and more than 95 per cent of sweater exports, while around half of the light knitwear exports are made by them.

In the fiscal year 2019-20, Bangladesh earned US$27.94 billion from RMG exports out of which $14.04 billion came from woven items and $13.90 billion from knitwear items exports, according to the BGMEA data.

The BGMEA president said women are not rightfully rewarded in society.

"In our society, it is extremely difficult for women to break the ceiling and move forward. Even at our level where we have bubbles around us."

Managing factories by women is still a difficult job, Ms Huq said adding that women face a number of challenges as the industry is a male-dominated one.

Regarding leadership from female workers, she said it is also an issue because of the 'mindset'. Female workers in factories are subjected to male ego, jealousy and rivalry.

If a female worker tries to make it to the management level, it becomes difficult for her, the BGMEA leader said adding that even they become successful to be a part of the management like merchandiser. Though the number is few, they face lot of flak from their male counterparts.

There are brands who are basically working and pushing the industry to address the issues.

Very often prescription, unfortunately, works and if buyers say something, it is taken very seriously, she said expressing hope that through prescription, this male dominated society might change one day.

"In every issue, it is a question of bias here, the society is embedded in bias. Therefore, it is very difficult for women to come forward.

'Who is going to break the barrier and how' she wanted to know. Ms. Huq also raised the question whether one single leadership is sufficient to lead or inspire women.

"I don't know. But, at this point of time, it is an individual battle that we all are fighting in spite of the fact that a woman is heading the government. The speaker of parliament is a woman and more than 25 per cent member of the parliament are women," she added.

Narrating her experience as the first female president of the BGMEA, Ms Huq said it has been very rocky.

"Covid-19 brought with it an unprecedented time and huge challenges. It was difficult for me to operate being a female leader especially because it is a male-dominated industry," she added.

Responding to a question, she said she is not leading her panel Forum that is contesting in the upcoming BGMEA elections scheduled to be held on April 04.

As first female leader of BGMEA she found her work extremely 'invigorating, challenging and gratifying'.

She, however, mentioned that the next board led by man would be facing less challenges.

Replying to another question, the BGMEA president said the ratio of female in the garment industry has gone down a little bit because men in greater numbers are out to find employment opportunities.

More men are joining the garment factories due to wage hike, automation and rise in sweater industries, she said.

Regarding new start-ups in RMG industry during last two years, she said there was hardly any mainly because of the Covid-19 pandemic.

Young people have started few which are B2B and B2C, she noted.