In search of gender equity 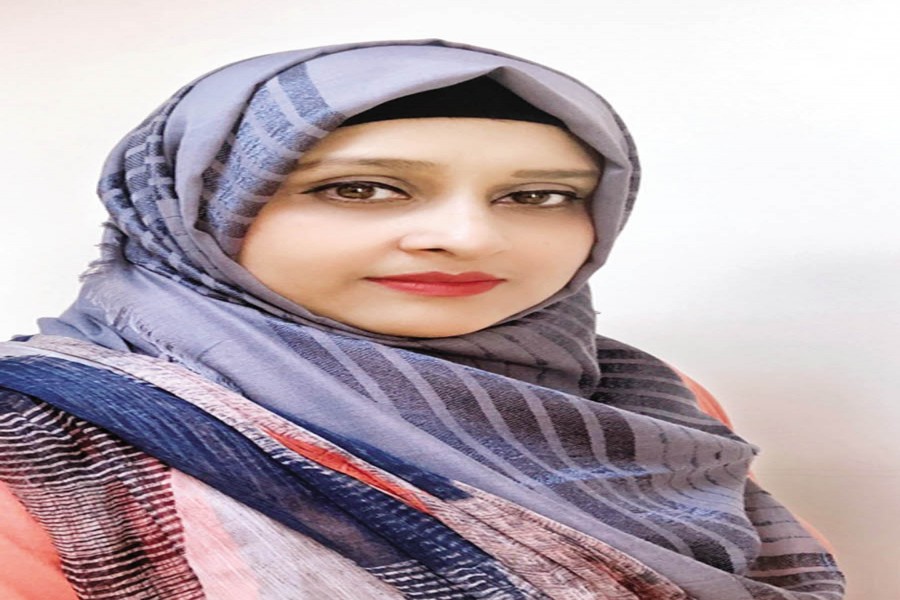 Sustainable development requires integrated and comprehensive development. On the contrary, gender inequalities are extracting high economic costs and environmental degradation around the world. It is estimated by ILO (International Labour Organization) that women and girls carry out 12.5 billion of hours of unpaid work every day. And it is worth of $10.8 trillion a year.

The prevailing gender gap in economic participation of women is mostly due to cultural norms of stereotype gender roles in society. The society's informal rules about appropriate or acceptable behaviour of a gender constrain the choices of profession. Balancing employment with household responsibilities, which fall disproportionately on women, becomes more challenging. Historically socio-cultural norms and patriarchal notions prevented women to their dreams and aspirations.

To create a bias-free ground for women in the professional sphere needs a consolidated and coordinated approach to address the gender-induced barriers and challenges. A gender responsive national strategy is needed to achieve equality in economic empowerment of women that will accelerate the country's economic outcomes in the macro level. The government of Bangladesh has formulated gender responsive policies to close the gender gap. Bangladesh has closed 71.9 per cent of its overall gender gap and ranks 65th globally.

Though Bangladesh stood top among the South Asian countries in closing gender gap, it still has wider gaps in many dimensions. Especially, the country has regressed in closing Economic Participation and Opportunity gender gaps. The share of women among professional and technical workers declined and the share of women in managerial roles has shrunk further 10 per cent. Moreover only 38.5 per cent of women participate in the labour force whereas 96.6 per cent of employed women work in the informal sector.

By empowering women to participate in growth opportunities, developing countries can accelerate their economic and social development. Working women invest 90 per cent of their earnings back to their families. It results better health and education for their children. This in turn creates a cycle that sustainably alleviates poverty. When provided with equal opportunities, women are capable of achieving professional goals and climb up the ladder of leadership.

The global five leaders in achieving gender equality are Iceland, Finland, Norway, Sweden and Rawanda. Now all the four Nordic countries are high income countries unlike Rawanda, which is a role model for gender equality among the least developed countries.

Rawanda has one of the highest rates of female labor force in the world which is 86 per cent whereas the US has 56 per cent. The highest level of integration of women in the labour force fueled its GDP growth to the second highest globally at 8.6 per cent. There is a saying in Rawanda, "The women is the heart of the house. So if your heart is working well the whole body I think benefit." The government has taken a series of policies to help the Rawandese women gain equal hand in politics business and acquiring assets. They have taken employment segregation for women through quotas to enhance their participation in management and leadership positions. The country's condition mandates 30 per cent of representatives should be female in parliament, which has led to pro-women legislation.

Entrepreneurship-relevant human capital can be acquired by means of higher education, work experience as well as frequent interaction with entrepreneurial peers. The avenue remains closed to many women, who are currently excluded from the labour market. Women entrepreneurs often face a range of barriers including unequal access to financing, legal discrimination, difference in skills, less access to networks and care responsibilities. To address those constraints the technology startup projects needs mentoring, access to business networks and entrepreneurial mindset training. This is high time for Bangladesh to facilitate such support centres across the country.

Internet platform remains a promising new tool for disseminating entrepreneurial skills among women and providing them an interface to mentors and role models. High quality online training and mentoring platforms for female entrepreneurs should prove particularly beneficial for women in regions with new entrepreneurial role models or who face restrictions in access to these role models. Complementing technical skill training with soft skills, creating structured linkages to the labour market and job placement programmes also have positive outcome. Training women in programming and web design to become freelancers also pave the way to enter the job market. Technology can work to exacerbate gender inequalities and to ensure no women is left behind.

While gender equality is simply focused on providing men and women with the same equal opportunities (like making it legal for ownership of assets or even attending school), gender equity works to correct the historical wrongs that have left women behind (such as societal informal restrictions on employment). Gender equity also means giving women the tools to succeed. It is a process to ensure fairness, strategies and measures to compensate for women's historical and social disadvantages that prevent women from operating on level playing field. Formulating effective and smart gender mainstreaming policy will lead to equality eliminating the long-standing systematic gender discrimination. Following International Women's Day, let us stand together to build a bias-free inclusive Bangladesh in all its dimensions.

The writer is the Director