Role of insurance in achieving SDGs 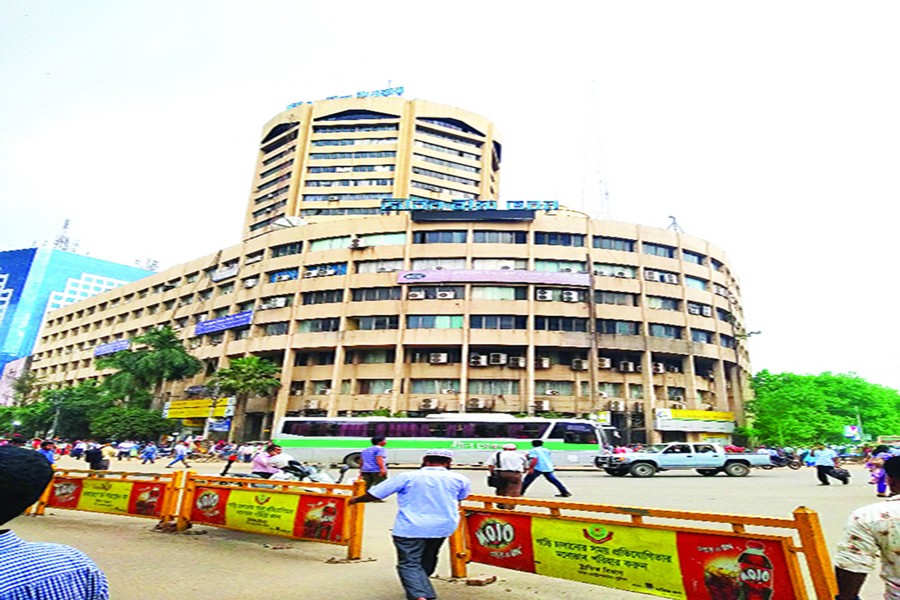 Bangabandhu dreamt of a hunger and poverty free 'Sonar Bangla' wherein insurance can play a vital role for alleviation of poverty. The government has declared 01 March, the day on which the Father of the Nation had joined the Alpha Insurance Company, as National Insurance Day. The present government has taken various steps to increase the contribution of insurance to the national economy. Now let us see how insurance can play role in this regard and also contribute to the efforts for achieving the SDGs.

The SDGs, also known as Global Goals, were adopted by all United Nations member states in 2015 as a universal call to action to end poverty, to protect the planet and ensure that all people enjoy peace and prosperity by 2030. Insurance mechanism can support many of the SDG's both directly and indirectly. Insurance is critical to achieving the six of the seventeen SDGs and can play an important role in meeting five other SDGs.

SDG-1: It states about poverty-free world. Ending poverty is the first and top most important SDG. As low-income people do not have access to risk-management tools, they are vulnerable to falling back into poverty in times of hardship. For example, when the bread winner of the family dies, or when loan installment forces families in hardship or when high hospital bills forces families to take out loans with high interest rates, then micro insurance can protect the loanee from loan and can also protect from high hospital bills. In such cases we need to make a provision for risks such as death, disability, illness etc. But in our country, micro insurance means the insurance with sum insured less than one lakh taka and premium payment system in a manner of weekly, monthly instead of yearly or six monthly which is used for endowment insurance. The existing micro insurance in our country does not cover the risks like disability, illness, debt etc. So, we need micro insurance to cover risks like death, illness, injury, property loss or damage etc for the interest of poor and poorest community of our country, specially the poor people of the coastal belt including fishermen, landless rural and marginal poor who need it most.

SDG -2: This goals talks about hunger-free world. One of the major obstacles to the development is 'hunger'. It is estimated that around 800 million people worldwide do not have enough food to live a healthy life (WHO). The total land area in Bangladesh is 14.4 million hectares of which 13.3% is forest, 66% is used for agricultural purposes, 20.1% for permanent water reservoir. Bangladesh is one of the ten countries most affected by climate change disaster. Therefore, agricultural insurance can be an excellent risk management tool to meet the crop loss of farmers in natural disasters such as floods, cyclones, droughts etc.

SDG-3: It aims at ensuring good health and well being for all. Health and well-being are essential for the economic development of people of all ages. Otherwise, development will be hampered. In developing countries and in the emerging economies, due to the lack of effective universal health coverage schemes, low-income people struggle for their health care expenditure. Of the five basic rights, 'healthcare' is the most important and the most expensive. One can survive for a few days without food. For shelter there can be general arrangement without building. But without physical wellness, surviving an hour and a half can be very difficult. According to data from the WHO, per cost out-of-pocket expenditure on health in Bangladesh has been increasing. Only 3.4% of the GDP is spent by the government on the health sector. Of the cost of medicare, 72% goes from the pockets of the individuals, while the remaining 28% is spent by the government, NGOs and donor agencies.

People lack sufficient awareness about health insurance. If we look at the western countries, we find the people there are being aware of health insurance do accept the same in order to stay mentally secure during the distress. Even governments in those countries are giving huge subsidy to the sector so that the people can afford health insurance. Besides, various companies provide health insurance to their employees, including families, which increases the production of the company.

SDG -5: This states about gender equality and intends to empower all women and girls. There are differences in risks faced by women and men. These differences are driven by both biological and socio-cultural factors. Women may face risks different from men due to pregnancy and childbirth, as well as associated biological health risks during different stages of their life cycle.

As per the No.1 issue of the National Insurance Policy 2014, the invention of low premium based insurance products like health insurance for women, savings insurance for women, accident insurance, group insurance etc. and the discriminatory conditions for women (pregnancy clause) have been guided to abolish. However, in our country, life insurance companies do not pay claims when a woman dies at childbirth due to complications during the 1st and 2nd pregnancy. It needs to be changes.

SDG-8: It stresses on the need for creating productive and decent employment for all. Insurance protects assets, discounts loans and other funds for investment in small and medium enterprises. Insurance takes the risk of the business organisation on the shoulders of the insurance company through the risk transfer process and the insurance company has a role to play from the start of the production process to the business enterprise.

Traders can relax as there is a risk transfer mechanism in place, and it is possible to conduct business activities in an eager way. Production goes on in industries as insurance companies carry the risk of bringing the goods. Suddenly due to accidental fire a factory can be destroyed. This may lead to loss to national production . The owner may go bankrupt and the employees become unemployed. But the insurance company compensates the affected factory in all these cases so that the factory becomes productive as before, the workers are employed. The owner is saved from destruction. In addition, the insurance industry creates financial resources for other businesses. It is playing a vital role in the formation of capital for the country by depositing earned income in bank. By creating employment, it contributes to the production of the country's overall demand by increasing the production, thereby increasing GDP. In case of export of foreign trade or import, the bank has to open a bond or letters of credit or L/Cs and for this the insurance cover has to be taken . If the goods are damaged, then it is the responsibility of the insurance company to compensate. So the role of insurance is of utmost importance. Moreover, in the case of export of insurance, export credit provides guarantee and provides business capital for business operations. Insurance companies deposit the income earned from the premium to the bank and the bank invests the money in the industrial sector.

If micro insurance, crop insurance can be introduced for the middle and lower income people in our country, it will be possible to provide the financial support to the family on the sudden death of the insured, provide financial assistance to the insured due to the sudden accidental disability of the insured, provide indemnity to farmers in case of crop loss due to flood, cyclone, drought etc and these insurance policy can play a role in poverty alleviation. Besides, if corporate agents, bancassurances can be launched for insurance, then the NGO / MFI, bank will be able to bring the larger population under insurance and insurance companies, including NGO / MFI Bank, will also be benefited.