Time ripe for launch of 'reinsurance cos' 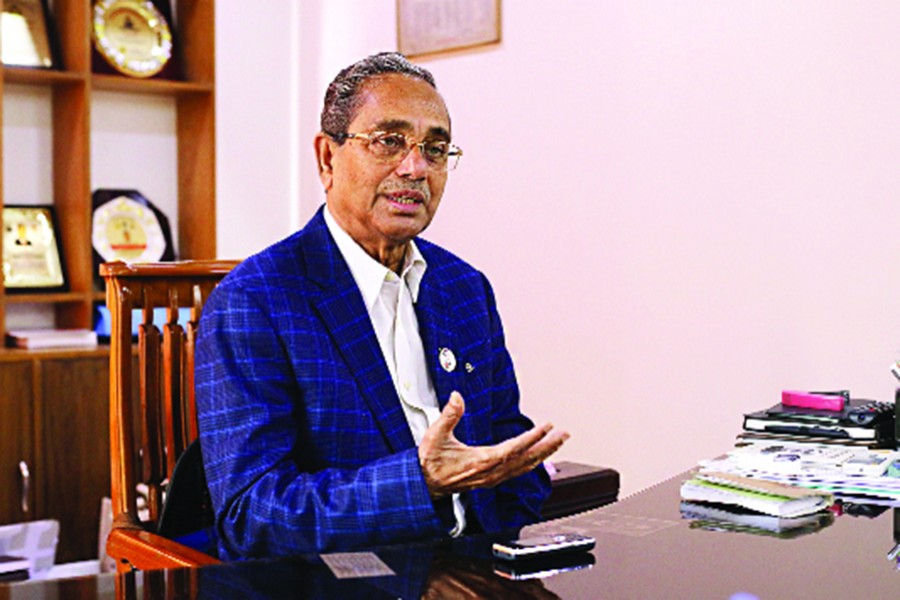 Sheikh Kabir Hossain, president at the Bangladesh Insurance Association (BIA), has pinned his hopes for discipline in the insurance sector on observance of the National Insurance Day today (Sunday), the first of its kind in Bangladesh.

He was talking to the FE in an exclusive interview on the occasion of National Insurance Day.

About implication of the Insurance Day observation, he said it has immense significance for the sector as it will help bring discipline in the industry.

"To my mind, observance of such a day at the national level will help generate more interest of the policyholders and general investors as well as insurers," said the president of the BIA, a platform of 79 life and non-life insurance firms in Bangladesh.

"You know Prime Minister Sheikh Hasina is a member of the insurance family, so the existing indiscipline in the industry will no more linger," said Sheikh Kabir Hossain, who is also chairman of the non-life Sonar Bangla Insurance Company.

About the perspective of the day he said the insurance sector remains neglected for long, although the industry got going here in 1938.

He along with other members of the association had been trying to observe such a National Day in recognition of Bangabandhu Sheikh Mujibur Rahman's contribution to the industry.

"We had met Prime Minister Sheikh Hasina in 1996 at a time when she first assumed power and she then had showed keen interest in the sector".

"Actually we had proposed then (1996) to declare a national day".

Mr Hossain said the long-standing persuasion at last came to fruition in 2019 when the Cabinet approved it.

When asked how the reinsurance sector can be developed, Mr Hossain said Bangladesh now needs introduction of re-insurance companies to take the sector to a new height. Currently there is only the state-owned non-life insurer Sadharan Bima Corporation (SBC), he added.

"We can develop such a re-insurance hub in the country through public and private partnership," the BIA chief suggested.

On the low penetration rate of insurance, he said this is a neglected area and there is a lack of discipline in the industry to some extent. "We believe such observance of the day on a regular basis will make the people more aware.

Besides, more risk coverage areas are needed. "We have very limited areas where we work. We think this should have been expanded."

"Look there are many large buildings lacking insurance coverage, if we can bring them under the coverage, the penetration rate will rise."