Insurance coverage needs to be expanded

Sheikh Kabir Hossain, president of the Bangladesh Insurance Association (BIA), is hopeful about a faster recovery of the insurance sector during post-covid-19 period.

In an exclusive interview with the Financial Express on the eve of the National Insurance Day, he said "We'll have faster recovery than other sectors as insurance is a pre-condition for any letter of credit (LCs) and other major business transactions. 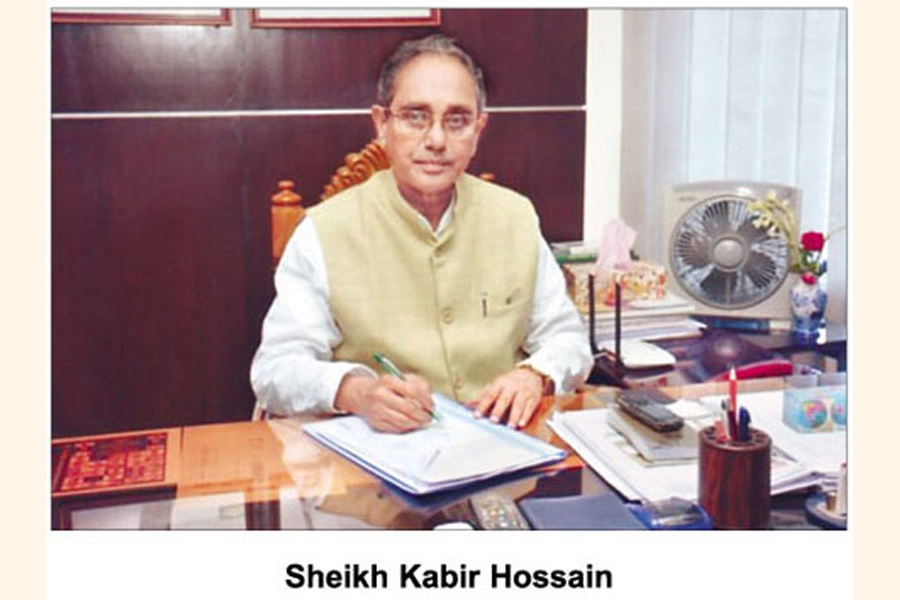 About the significance of the observance of the Insurance Day, he said it has immense importance for the sector as it helps create awareness among the general people about the industry.

"Actually soon after the first observance of the Day in this country the whole world was wreaked by the covid-19 pandemic and economic activities came to a total halt. This impacted the insurance sector heavily".

He said although this year the day will be observed through virtual platform and Prime Minister Sheikh Hasina will inaugurate it, but it will have an immense impact on the industry especially in terms of making the people aware of the insurance.

"This day has great significance. it will help generate more interest of the policyholders and general investors as well as insurers," said the president of the BIA, a platform of 79 life and non-life insurance firms in Bangladesh.

He said Prime Minister Sheikh Hasina is a member of the insurance family, so the existing irregularities in the industry will go away gradually.

About the perspective of the day he said the insurance sector remains neglected for long, although the industry got going here from British era. They had prepared an act in 1938.

Mr. Hossain along with other members of his association -- BIA -- has been trying to observe the National Insurance Day in recognition of Bangabandhu Sheikh Mujibur Rahman's contribution to the industry.

"Actually we first proposed to the Prime Minister in 1996 to declare a national day", Mr. Hossain recalled.

He said the long-standing persuasion at last came to fruition in 2019 when the Cabinet approved it.

Bangabandhu Sheikh Mujibur Rahman joined as the head of business promotion at the Alpha Insurance Company. He used to sit at its Bangabandhu Avenue office. He joined Alpha Insurance on March 01, 1960. The day is being observed to mark that day.

On the recent IDRA circular relating to the zero commision on the non-life insurance business procurement, Mr. Hossain said this is a good step as there are actually no agents in the industry.

"I welcome this step as there is no agent in real terms in the industry".

He however said that after preparing relevant rules of the agents, the Authority should announce commision for the non-life insurers for procuremt of business.

On the low penetration rate of insurance, he said this is a neglected area and there is a lack of discipline in the industry, to some extent.

The BIA chief said observance of such day on a regular basis will make the people more aware.

The BIA chief said Bangladesh should expand areas of insurance coverage further for the interest of the sector.

He said there are many large buildings lacking insurance coverage in the city.

If such wider risks are covered then the earnings of the sector will expand fast and the government will get revenues in terms of tax and VAT.

"The investors in insurance companies will also get a good dividend".