Consumption of steel products would multiply in the days ahead 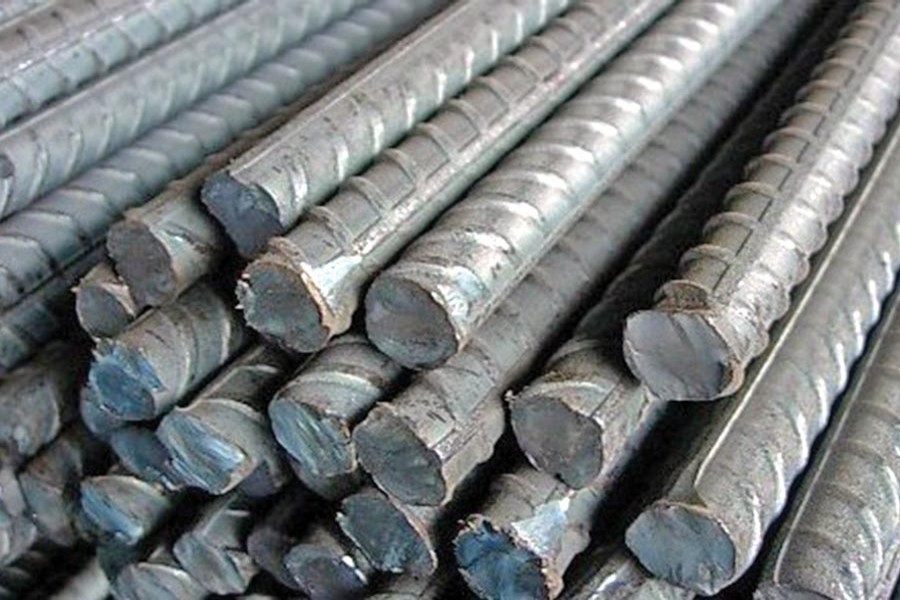 The country's steel rod manufacturing sector has been witnessing a positive growth over the years on the back of rapid infrastructure development, insiders said.

The sector is likely to grow further in the coming years in line with the country's expected upward economic growth trajectory.

Considering the prospect of steel use in Bangladesh, some foreign companies are also planning to manufacture steel products here.

"Annual per capita steel use in our country is now 45 kilograms (kg). It is expected to reach around 100 kgs by the next five years," he said.

Worldsteel statistics also revealed that global steel demand is expected to grow by 1.4 per cent to reach 1.681 billion tonnes in the calendar year 2019 from 1.658 billion tonnes last year.

The local steel making business is growing roughly at the rate of 8.0 to 10 per cent every year, said Mr Shahidullah who is also the Managing Director (MD) of Metrocem Ispat.

Sources said 400 steel mills large and small are operating in the country. Nearly 1.0 million people are employed directly or indirectly in the sector.

Forty-five of those are 45 BSMA members. They mostly use high tech machinery to operate large-scale factories here.

"We (the BSMA members) manufacture over 80 per cent of the steel products in the country," Mr Shahidullah said.

Nearly 80 per cent of melting scrap, raw material for the steel, is imported from various developed countries, while ship breaking and other sources provide the rest of the required ingredients for the sector.

Meanwhile, price of key construction material has been gradually increasing since early January mainly due to rising demand, traders have said.

According to them, prices of the long steel products rose by Tk 1,000 to Tk 2,500 per tonne based on the categories and manufacturers' brand.

Tanim Rahman, proprietor of Dewan Traders in the city's North South Road, said best quality 500W or 72 grade rod has been selling for Tk 66,500 per tonne, which was Tk 65,000 before January.

During the dry season, the demand for the rod usually goes up as many people start construction work, he added.

Several other sources in the city's Tanti Bazaar area confirmed the hike. However, the price was stable during last half of 2018 following several ups and downs.

Regarding the latest price hike, the BSMA secretary general assured that there was no manipulation behind this, as all of the association members maintain highest quality and transparency while running their businesses.

He said raw materials price increase in international market and higher demand were responsible for the recent price hike.

"Quality power supply is essential to reduce the production cost, which will ultimately help stabilise the price and ensure products' quality," he said.

Besides, there are complexities with weight limitation in road transportation of the steel rods increasing operational cost, he added.

Amid such challenges, the sector is growing fast and drawing foreign investment in Bangladesh, insiders said.

According to them, China-based Kunming Iron and Steel Holding Company, Japan's Nippon Steel and Sumitomo Metal, and India's TATA Steel are expected to start operations in Bangladesh.

Some of the local steel manufacturers expressed concern over the imminent advent of the foreigners in what they termed 'saturated' market as the present capacity is higher than actual demand. Others welcomed the development as the per capita use of the metal will multiply in days ahead.

Contacted, Tapan Sengupta, Deputy Managing Director (DMD) of BSRM termed the capacity versus production situation as totally a 'balanced' one.

"This is a balanced situation…... this is the rule of thumb that installed capacity should always be higher than that of actual production in this sector," he said.

Regarding the proposed foreign companies' investment in Bangladesh's steel sector, Mr Sengupta said it should not be reckoned as a threat to the local businesses.

"As far as I know one of the foreign companies will manufacture Hot Rolled (HR) coil, which will be good for Bangladesh," he said.

At present the local demand for HR coil is met with imported ones, sources said, adding that there were various others forms of steel products besides rod.

Regarding the recent price hike, the BSRM official said the raw materials price increased in global market along with higher demand is responsible for this.

"The lion's share of the raw materials is imported, whose prices fluctuate based on various global issues," he said.

When the cost of production goes up, a miller cannot but increase the price, he said, adding the price in local market has not increased proportionately yet.

"Globally raw materials price has increased by US $40 to $45 per tonne for both the billets and scraps," he said.

"If the raw materials price continues to rise, the rods price will definitely have to go up in the coming days," he said.

Former chairman of The BSMA Masudul Alam identified problems in utilities connection like gas and electricity for some millers, high interest rates as major challenges for the businesses.

Regarding the foreign steelmakers' coming to Bangladesh, he said if they manufacture steel products similar to the local factories, it will create problem.

According to his estimates, over Tk 500 billion investment had been made by the steel makers.