All statistics and data show Bangladesh has a great potential to boost ceramic industry, including tiles 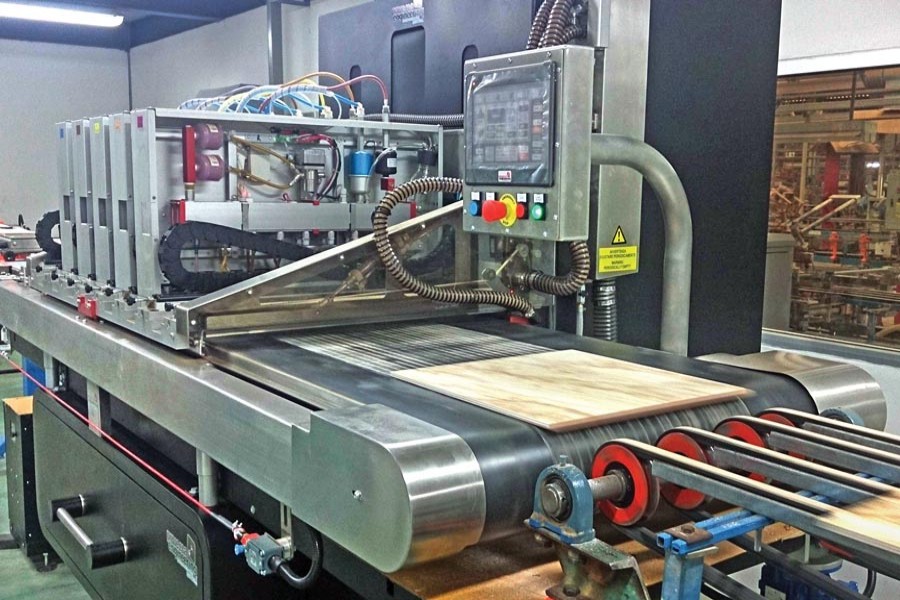 Tiles manufacturing industry in the country has been expanding over the years thanks to mainly ever-growing use of the construction materials in the country.

Cheaper labour, gas and protection of local industries also helped the tiles production grew at 20 per cent rate annually for over 10 years.

Some 28 tiles manufacturing companies -- two companies joining every year in the market for last ten years -- have now the capacity of producing 214.30 million square feet annually.

The local tiles consumer market has reached at Tk43.07 billion, almost doubling from five year back. Of this, 77.18 per cent supplies are met by local production the rest 22.82 per cent are imported. 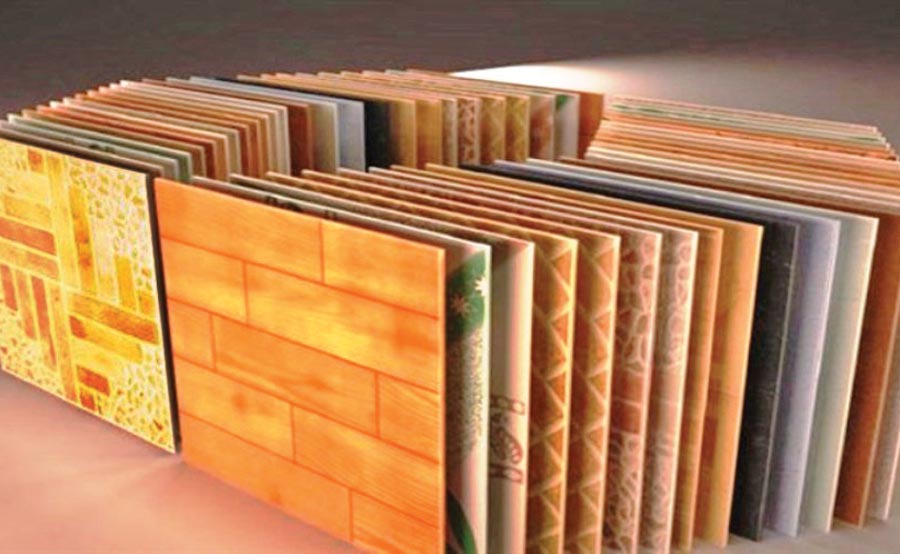 Bangladesh's low labour cost, relative to the quality and production, gives it an edge over traditional manufacturers across the globe.

Moreover, a rich source of liquefied natural gas (LNG), required for the production of ceramics, will help the industry sustain its ever growing production.

If the positive trend continues, then the 200 per cent growth seen over the last five years may change to an even more impressive estimate.

He said the present tiles production growth rate will be continuing for long if present growth rate of the country continued.

He said the demand has been growing such a speed that market is ready to receive new players every year.

Mr Khan said the industry has been exporting quality tiles abroad in recent years. The export also has immense potential.

The Association General Secretary said around 5,00,000 people are directly and indirectly dependent on the sector. Of the total employment, 40 per cent are women.

But he said a lot of foreign nationals work in top management and technical areas in most of the factories.

The industry does not have a lot of technical expertise as it grew very quickly. And there are not enough educational courses to create expertise in the sector.

Industry people said the history of tiles production in Bangladesh is not very old. The first factory was set up by Bangladesh Chemical Industries Corporation, a state-owned enterprise, in 1982. The second one, Modhumoti Tiles, was established in the private sector in 1988.

The situation started changing rapidly after 2000 when tiles became cheaper to replace mosaics.

The industry imports raw materials 95 per cent from China, India, Spain and Turkey.

Some 5.0 per cent raw materials only, which is clay, are found in Bangladesh.

BCMEA Secretary Zahedi Hassan Chowdhury said the industry production would have been much higher if the factories had received quality gas.

He said the factories need 10 to 15 pounds per square inch (PSI) for production. But the factories do not get such required gas pressure all the time.

Jahir Ahmed, South Asia editor at Asian Ceramics and an expert in the sector, said tiles industry is the only industry in the country which has some prospect.

Explaining the reason, he said the country does not have many buildings. People started to build new houses as the country has been experiencing growth.

"When people become rich, have some money, what they first do is to build a house," he said.

He said the country's ceramic companies should emphasise more on design and quality of products.

"We have to make our products more competitive through development of raw materials and backward linkage. Our garments industry is sustaining growth due to strong backward linkage,' he said.

According to the industry people, sales of the locally produced tiles did not go down even in the past two decades, not even during the worst time for the country's construction industry.

"Bangladesh can use opportunity to export tiles more because the major global player, China, is losing advantage for rising production cost," he said.

He said that in the last ten years the industry rapidly expanded its business in local and international markets mainly for policy support from the government, quality products and the skill of the stakeholders.

He said the industry has to think from now what would happen if gas price increases, international competitiveness comes down.

He underscored the need for developing the infrastructure including uninterrupted power supply, utility services for the further expansion of the sector.

He urged the financial institutions to provide loans at lower interest rates so that more investment can be made in the sector.

Irfan Uddin Khan said it was high time we made investment in the ceramic industry to earn more foreign currency as well as to generate employment.

"Now the sector needs ample local and foreign investments to realise its full potential", he said, adding that thus the sector will make a significant contribution in attaining a vibrant economy.

Industry insiders said Bangladesh has developed almost all required skills for the production of traditional or conventional ceramics items including tiles, electrical insulators and refractory items.

Export-oriented production technology and manufacturing of superior porcelain and bone china for Monno Ceramic Industries Ltd and Shinepukur Ceramics Ltd were provided from Japan in the mid 1980s and late 1990s, respectively.

The emergence of export-oriented ceramic tableware industry in the eighties was a surprise to many in the South Asia region, when the world class porcelain dinner wares of Monno hit the Western markets.

Within 15 years the global markets were amazed to see the Bangladeshi ceramic wares.

The country attracted over a dozen global brand manufacturers and Western retail majors for sourcing of the products of OEM (original equipment manufacturer), and the Westerners were competing against each other in contracting the ceramic companies in Dhaka for manufacturing their popular items.

In global brand game, the local manufacturers struggled to establish their own brand, but the home country Bangladesh became a new brand.