The Mujib Bahini during Liberation War 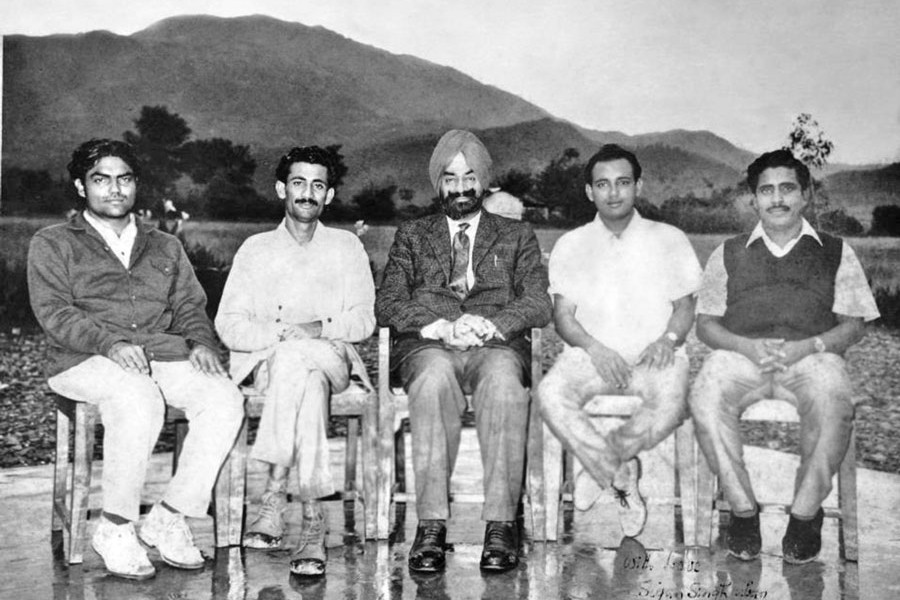 The Mujib Bahini, also known as Bangladesh Liberation Force (BLF), was constituted during the War of Liberation in 1971 alongside the regular Mukti Bahini commanded by Colonel MAG Osmany. While the Mukti Bahini was directly affiliated with the Bangladesh Government-in-Exile or the Mujibnagar Government, the Mujib Bahini remained outside its control. The force maintained its separate identity till the end of the liberation war on 16 December 1971. It was mainly composed of activists drawn from the Awami League and its students' front 'Chhatra League'. It enlisted over 5,000 fighters who were deployed in four sectors of Bangladesh with a 19-member central command at the top. It was perceived to be constituted as a check-and-balance to the Mujibnagar government headed by Prime Minister Tajuddin Ahmad as well as the leftist elements in the political and military leadership of Bangladesh.

Many believe that the Mujib Bahini was formed to face the emergence of any alternative leftist leadership in the event the liberation war was prolonged. Others opine that the leaders of Mujib Bahini created this force because they were not satisfied with the workings of Mujibnagar Government and the leadership of Prime Minister Tajuddin Ahmad. They were also suspicious about the activities of a few leftist and rightist factions of the Awami League as well as the Communist Party radicals and the Bhashani-led National Awami Party activists.

In the battlefield, the Mujib Bahini fought shoulder to shoulder with other freedom fighters, but there were problems of coordination and linkages with the regular Mukti Bahini fighters. The latter aspect was often the subject of complaint by the Commander-in-Chief of Mukti Bahini Colonel Osmany. Mujib Bahini carried out daring raids inside the Pakistani occupation army's positions in the south, the south-west, and some areas around Dhaka. It was especially trained in guerrilla warfare and was equipped with comparatively better weapons supplied by RAW.

The activities of the Mujib Bahini were elaborately discussed with the Indian authorities during the visit to Delhi by Acting President Syed Nazrul Islam and Prime Minister Tajuddin Ahmad in August 1971 at the invitation of the Indian Prime Minister Indira Gandhi. At this time, Colonel Osmany had become quite impatient about the manner in which the Mujib Bahini was being operated. The Acting President and Prime Minister held discussions with the Indian Principal Secretary P N Haksar and the RAW Chief Rameshwar Kao on the subject. This resulted in agreements on the following points: (a) Supply of military arsenal by India for the Mukti Bahini; (b) Bringing the Mujib Bahini under some kind of control; (c) Provision of direct assistance and support to the Mukti Bahini by the Eastern Command of the Indian Army; (d) Specific instructions to be issued by RAW to Brigadier Uban, as the Indian Manager of Mujib Bahini, to cooperate with Colonel Osmany. All these resulted in an improved situation on the warfront and the gearing up of the liberation war in Bangladesh territory.

The concept of Mujib Bahini appears to have been developed in the middle of the 1960s. It remained as an academic theme for a long time within the confines of Dhaka University and among some nationalist intellectuals. In fact, the core members belonging to Mujib Bahini had forged the Sharbadaliya Chhatra Sangram Parishad (All-party Students' Action Council) and campaigned for the eleven-point programme of Chhatra League in 1969. They were also in the forefront of the Mass Upsurge of 1969. It was this very group that led the nationalistic struggle for independence of Bangladesh from 1 March 1971, declared independence on 3 March at Paltan Maidan of Dhaka by raising the flag, and organised subsequent preparations for an eventual War of Liberation.