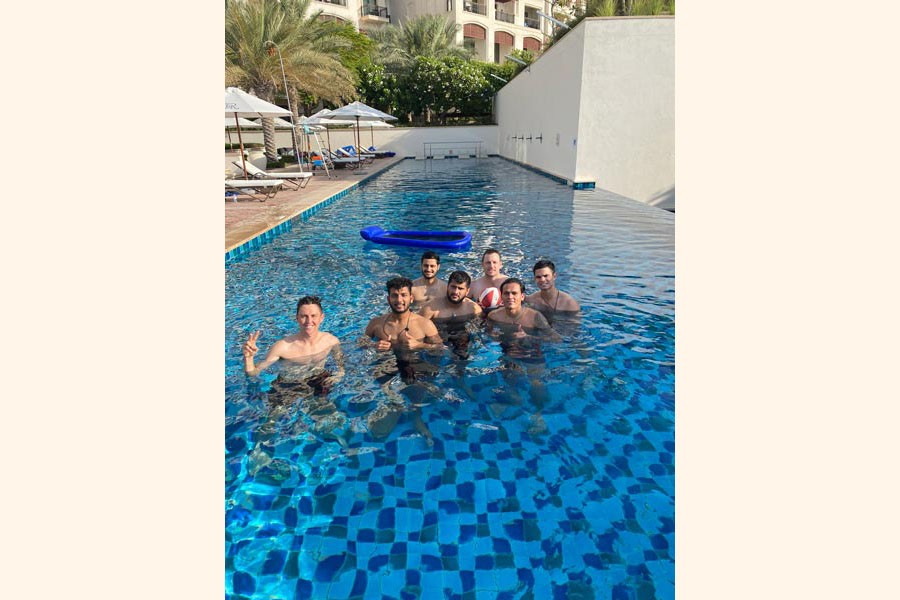 The youngster could be seen enjoying a pool session with fellow Mumbai Indians players, which include New Zealand pacer Trent Boult.

As Arjun is not the part of the squad, many fans have expressed surprise over his presence with the side in the UAE. A set of fans has also made accusations of nepotism on the development, as Sachin Tendulkar has been one of the most prolific players for the Mumbai Indians in the past and is currently the mentor of Mumbai Indians.

There have been speculations that Tendulkar Jr. is one of the net bowlers for the Mumbai Indians side in the UAE. Arjun has bowled to the MI team on a number of occasions in the net sessions before, and also bowled to Indian women's team on the eve of the 2017 World Cup final.