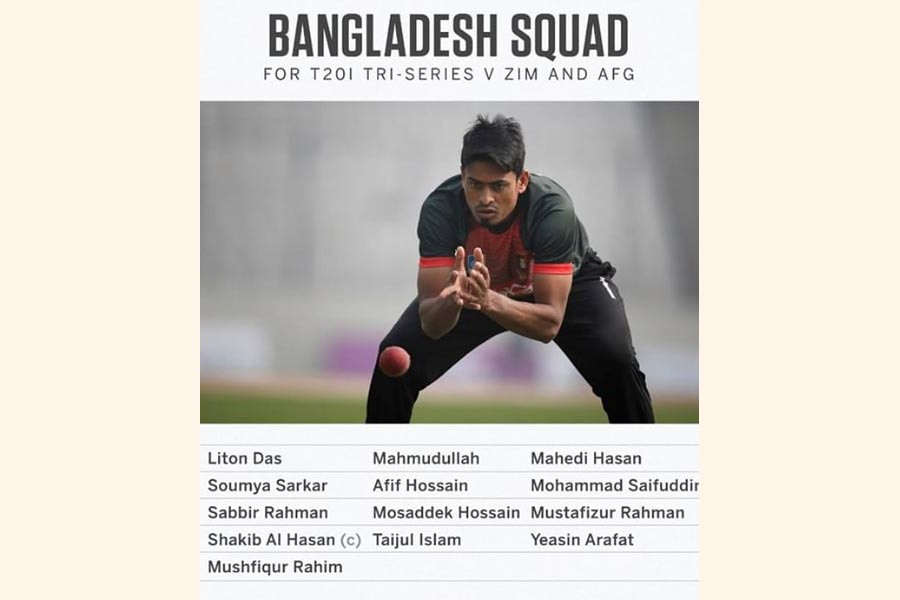 Bangladesh dropped off-spinner Mehidy Hasan and pace bowler Rubel Hossain in a new-look Twenty20 squad named on Tuesday for the first two matches of the tri-nations series against Afghanistan and Zimbabwe, reports Agencies.

Afif played his first T20 during Sri Lanka's Bangladesh tour in 2018. Six feet and one inch tall Yasin Arafat played only seven first-class and six list-A matches and took 18 and 13 wickets respectively. His best figure in list-A cricket is eight wickets for 40 runs.

Opening batter Tamim Iqbal was not included after asking for a break from international cricket.

"We want to see some players for the next Twenty20 World Cup. This is why we changed the squad," said chief selector Minhajul Abedin.