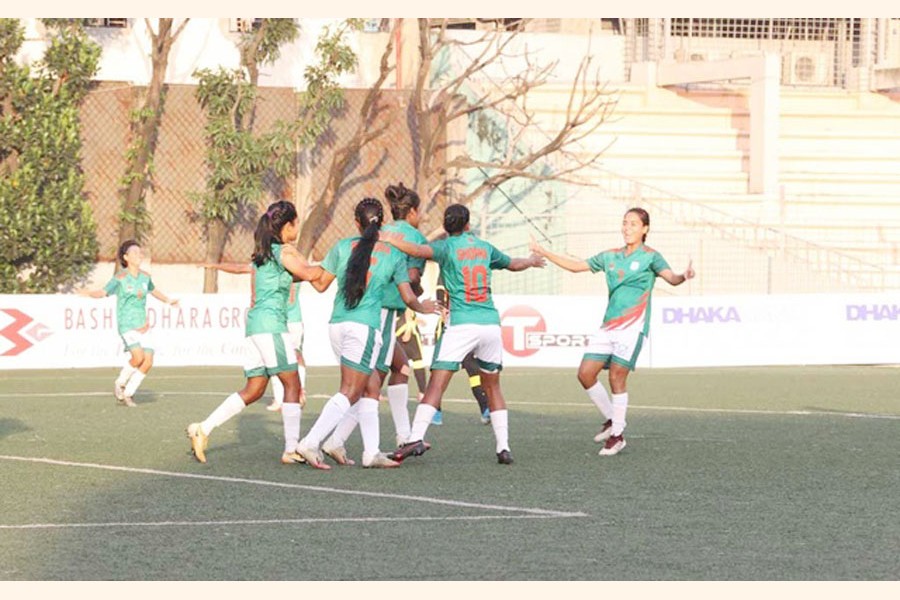 Ankhi put Bangladesh into the lead in the sixth minute. Sabina doubled it in the 26th (2-0).

Ankhi scored her second and Bangladesh's third goal in the 50th minute (3-0).

Swapna netted another goal for Bangladesh in the 44th minute of the first half (4-0).

Monika added another to the women in red and green's tally in the 66th minute (5-0).

Krishna sealed the fate of the match by scoring the sixth goal for Bangladesh in the 74th minute (6-0).

The women in red and green are playing two FIFA international matches as part of their preparations for the SAFF Women's Championship 2022, to be held in Nepal during August 12-24, and to improve their FIFA rankings.

Malaysia arrived in Dhaka in the small hours of Tuesday and will play their last match Sunday at the same venue.