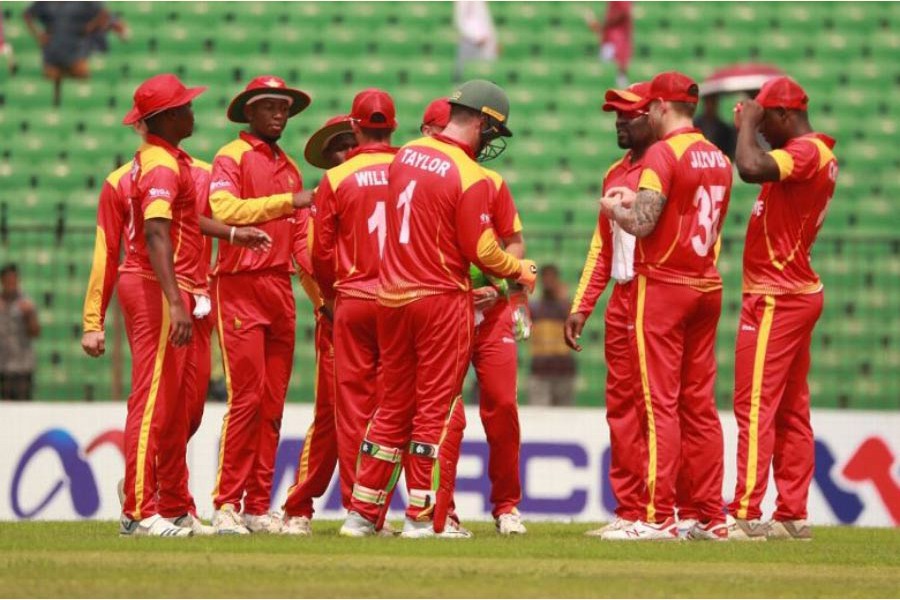 Bangladesh Cricket Board (BCB) Eleven suffered a frustrating seven-wicket defeat to touring Zimbabwean team in a practice match at the Khan Saheb Osman Ali Stadium in Fatullah on Wednesday, ahead of their Tri-Nation T20 series involving Afghanistan and Zimbabwe, reports UNB.

The Tigers will play Zimbabwe in the opening match of the Tri-Nation series at the Sher-e-Bangla National Cricket Stadium in Mirpur in the city tomorrow (Friday).

With the day's debacle, Bangladesh suffered another blow in the international cricket after their frustrating performances in the recently concluded ICC Cricket World Cup in England and Wales, Sri Lanka tour just after the World Cup and a humiliating 224-run defeat against Afghanistan in one-off Test on home soil in Chattogram this week.

The BCB Eleven batted first after winning the toss in the day's match and scored 142 runs for 7 in 20 overs with one down Sabbir Rahman making team highest 30 runs off 31 deliveries featuring one six.