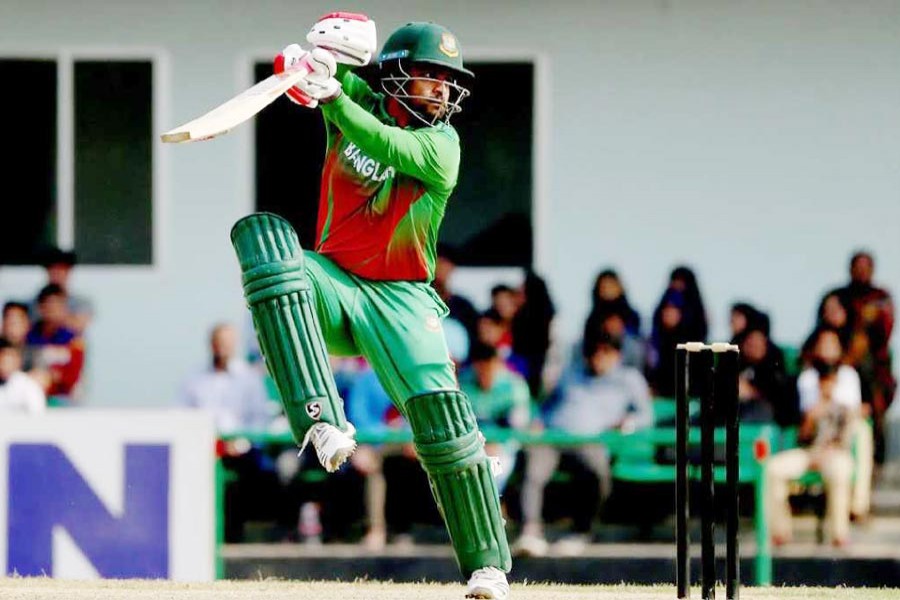 The match was held at Bangladesh Krira Shikkha Protishthan (BKSP) in Savar.

When the match ended unexpectedly after 41st over due to insufficient light, Bangladesh were still needed 18 runs with four wickets in hand to overhaul the tourists' 331 for 8 in 50 overs.

Tamim, playing for the first time since his wrist injury sustained in the Asia Cup, opened for the home team with Imrul Kayes and added 81 runs in nine overs in the first wicket before Imrul was out for a quick 27.

Earlier, the West Indies posted a commanding total of 331 with two of their batters, Shai Hope and Roston Chase, scoring fifties.