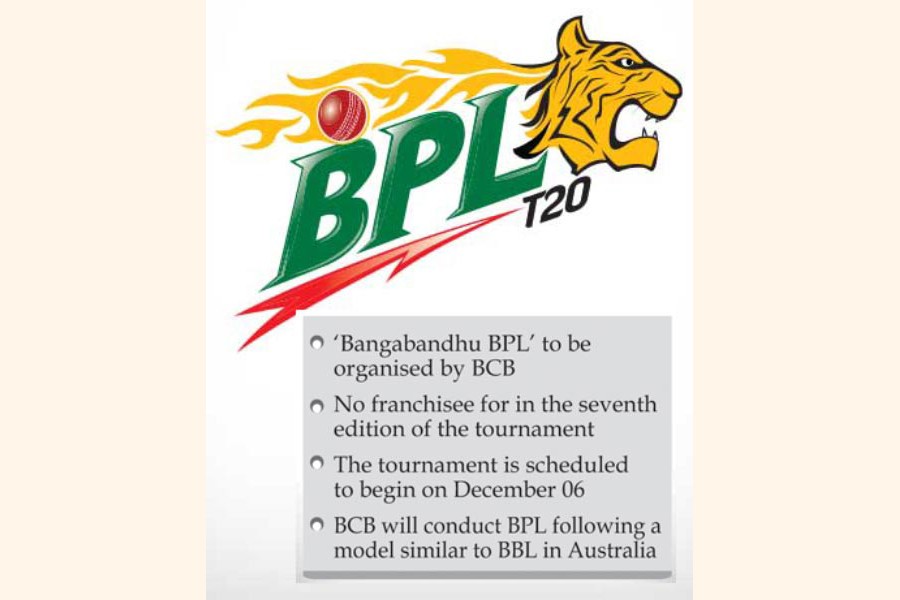 The upcoming Bangladesh Premier League (BPL) season will be named 'Bangabandhu BPL' to be organised by the Bangladesh Cricket Board (BCB), reports agencies.

As a result, there will be no franchisee for in the seventh edition of the T20 tournament.

BCB President Nazmul Hassan made the announcement in Dhaka on Wednesday amid the ongoing talks with the franchisees to start the next round of the 4th season.

The BCB's contract with the franchisees had expired. The tournament is scheduled to begin on December 06.

The BCB has not been able to cope with the several demands made by the franchisees, the BCB president said. "But the main reason is to honour Bangabandhu."

"The biggest reason behind this is, you know, next year is the 100th birth anniversary of Bangabandhu. We want to dedicate this season's BPL to Bangabandhu. "

The announcement of Nazmul implies that the BCB will conduct a T20 tournament following a model similar to that of the Big Bash League (BBL) in Australia.

The first problem with the BCB started after Shakib al Hasan decided to move to Rangpur Riders from Dhaka Dynamites which hurt the ego of a lot of stakeholders of the Dynamites, considering that they are also part of the BCB high-ups. However, Nazmul said that it was not the case alone that prompted them to take this route.

"Why are we only naming Shakib. There were other instances like Tamim and Mushfiq [changing their franchises]. Is it possible to do without our knowledge?

"They say that they are always at a loss but they buy a player worth Tk 8 million (80 lakhs) to 40 million (four crores)," he said, pointing towards Shakib's transfer fee. We won't allow anyone do business with cricket," he added.