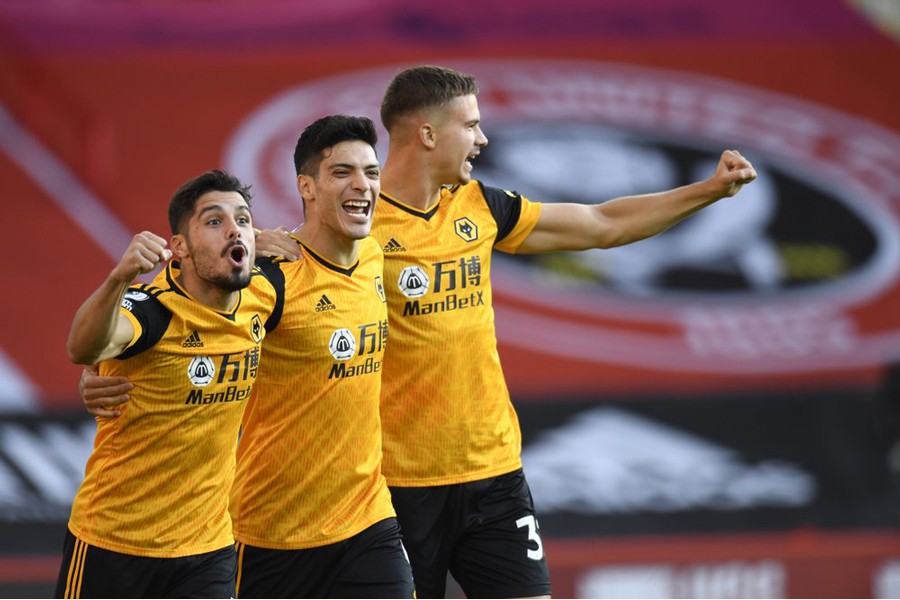 BRIGHTON, Sept 15 (Agencies): A Chelsea team featuring just two of its slew of high-profile and expensive signings got off to a winning start in the English Premier League by beating Brighton 3-1 on Monday. Timo Werner and Kai Havertz - signed for a combined $160 million - didn't manage to score at Amex Stadium, either, with Chelsea's goals coming from Jorginho, Reece James and Kurt Zouma.

James' was the most spectacular and the most crucial, the right back's swerving piledriver from 30 meters regaining the lead for Chelsea at 2-1 in the 56th minute, just two minutes after Brighton equalized through Leandro Trossard.

Meanwhile, Wolver Hampton Wanderers got their season off to a flying start with two goals in the first six minutes through Raul Jimenez and Romain Saiss to earn a 2-0 victory at Sheffield United in the Premier League on Monday.

Wolves' 2019-20 season only finished on Aug. 11 after a mammoth campaign which took in 59 games in all competitions, but they showed no signs of weariness as they took the lead inside three minutes in the sunshine at Bramall Lane.