Dramatic win for Sylhet over Barishal 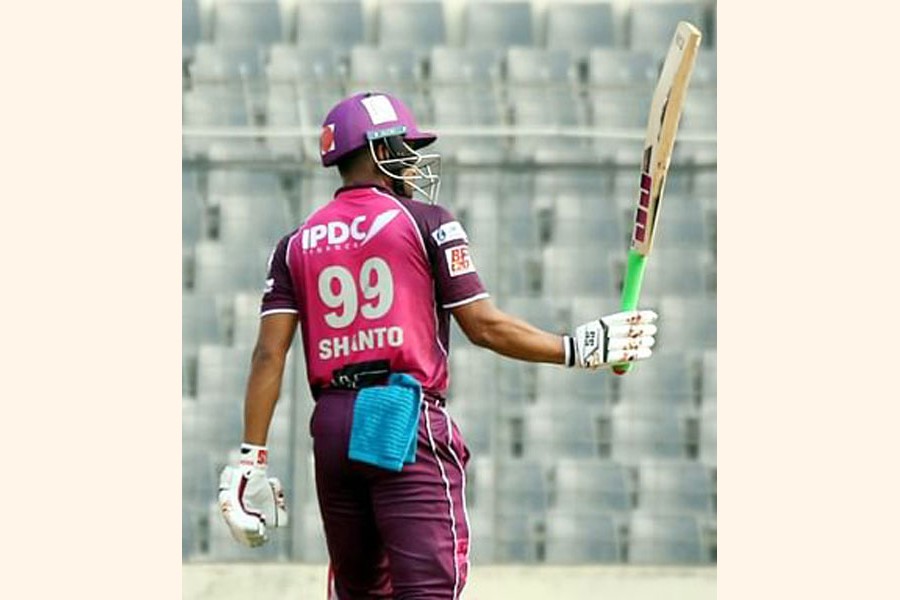 The Sylhet Strikers secured a dramatic 2-run victory over Fortune Barishal in the ongoing Bangladesh Premier League (BPL) at Sher-e-Bangla National Cricket Stadium in the city on Tuesday, which came as a perfect example of a nail-biting finish, reports UNB.

The Strikers, who were put to bat first, put up a strong total of 173 for five in their 20 overs, thanks to a brilliant innings from Najmul Hossain Shanto who remained not out on 89 off 66 balls, including 11 fours and 1 six. He was well supported by Tom Moores who scored 40 off 30 balls, hitting 4 fours and 1 six.

The Strikers' innings got off to a rocky start, losing Zakir Hasan for a duck in the second over, and then losing Towhid Hridoy and Mushfiqur Rahim in quick succession, leaving the team reeling at 15 for 3. But Shanto and Moores put on a 81-run partnership for the fourth wicket to steady the innings. Thisara Perera also contributed with a quickfire 21 off 16 balls. But unfortunately, Imad Wasim retired hurt on 5 off 2 balls.