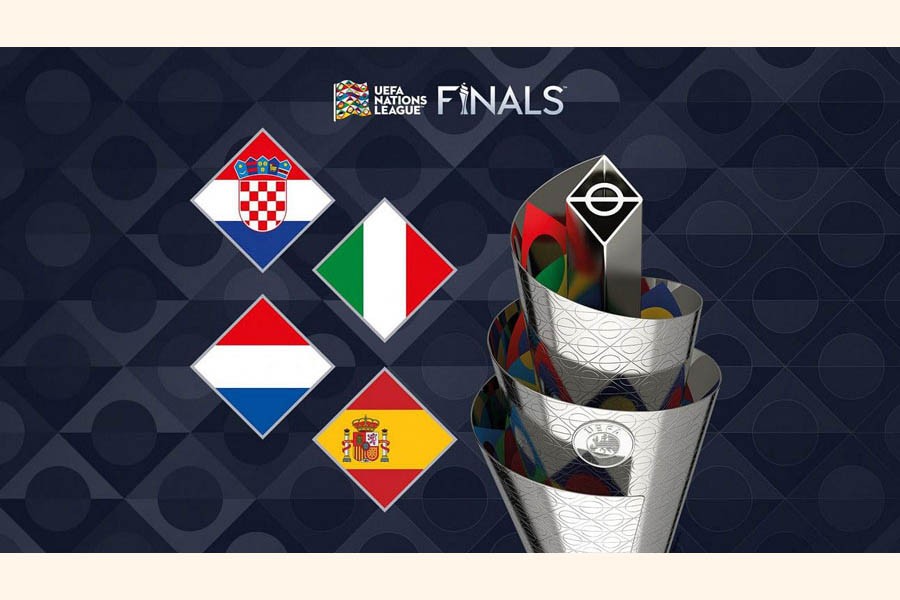 NYON, Switzerland, Jan 25 (AP): Host nation Netherlands will play Croatia in the UEFA Nations League semifinals after the draw was made on Wednesday.

The Dutch, under new coach Ronald Koeman, will face World Cup semifinalist Croatia on June 14 in Rotterdam at the De Kuip home stadium of Feyenoord.

In the other semifinal, Spain will play European champion Italy on June 15 in Enschede at the home of Twente. The final in Rotterdam and third-place game in Enschede are both scheduled on June 18.

The four teams qualified for the mini-tournament by winning a top-tier Nations League group played last June and September.

The finals played every two years were previously won by host Portugal in 2019 and France in the 2021 edition staged in Italy.

The four teams' commitment to the Nations League meant they were all drawn into smaller five-team qualifying groups for the 2024 European Championship. Those groups start in March and run through November.

Koeman, who was Netherlands coach in his first spell in the job when his team lost the inaugural 2019 final, said he preferred to play for a trophy than extra qualifying games.