England chase down 359, ease to six-wicket win over Pakistan 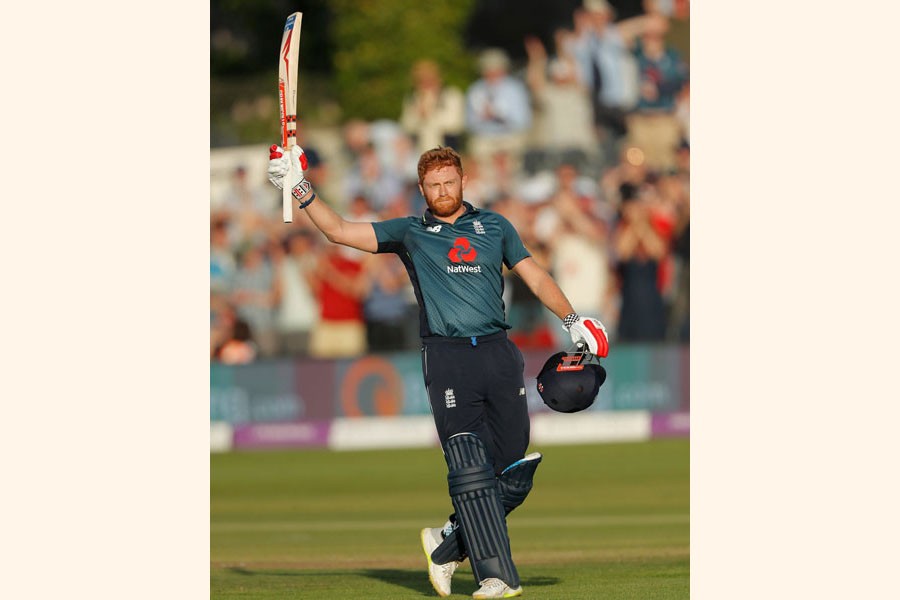 BRISTOL, England, May 15 (Reuters): Jonny Bairstow's magnificent century helped England make light work of chasing down a whopping 359-run target to beat Pakistan by six wickets in the third one-day international in Bristol on Tuesday as they took a 2-0 series lead.

Pakistan's 358-8 on a flat pitch under blue skies looked to have given the tourists a fair chance of victory but it proved woefully inadequate as Bairstow led the England charge.

He smashed 128 from 93 balls after sharing a 159-run first wicket stand with Jason Roy, launching the hosts to their second-highest successful ODI run chase.

So easy did England make it look that a score of more than 400 would have been within their compass as there were still 5.1 overs left when skipper Eoin Morgan struck the victory run.