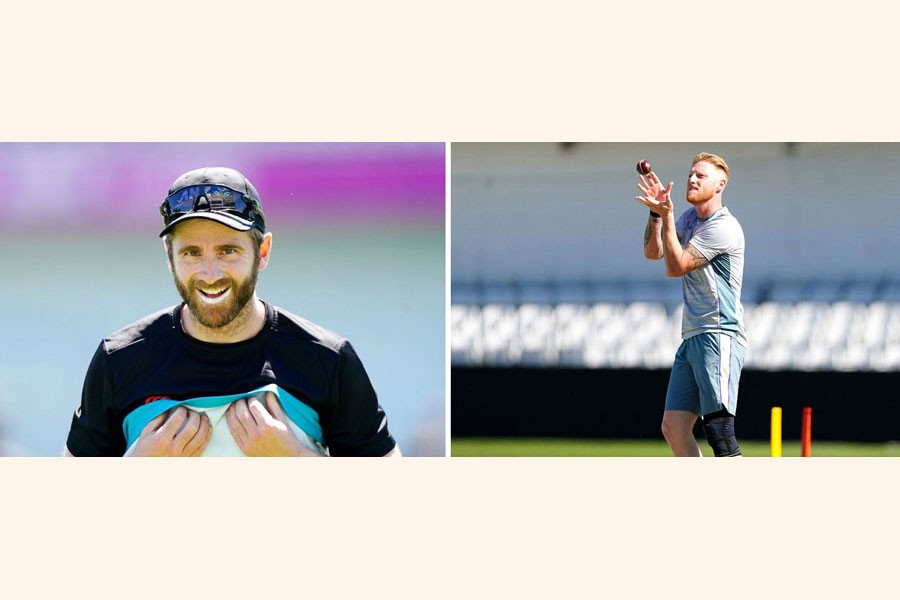 LONDON, June 22 (AFP): England head into the third Test at Headingley on Thursday with doubts over the health of captain Ben Stokes as they chase a 3-0 series clean sweep against New Zealand.

Stokes missed training on Tuesday through illness, with a team spokesman saying the all-rounder tested negative for the coronavirus and was being kept away from the squad as a precautionary measure.

New Zealand have had several positive cases in their squad during the tour, with Black Caps skipper Kane Williamson ruled out of the second Test.

All four players are fit and available to play in Leeds this week.

England have yet to name a vice-captain since Stokes' appointment.

If he is unavailable, Stokes' predecessor Joe Root could resume captaincy duties, although the way he has spoken of the mental toll leadership took on him may mean he is reluctant to take charge again, even on a temporary basis.

That would leave England facing a tricky decision if they want to make a senior figure such as James Anderson or Stuart Broad the stand-in captain at Headingley.

With England having already won the New Zealand series, the hosts may be tempted to rest at least one or other of their two all-time leading wicket-takers.

They do have additional pace-bowling options in Craig Overton and uncapped twin brother Jamie, who has been added to the squad.

No twins have yet played in the same England XI, with Jamie Overton saying: "It would feel pretty special. It's a moment that we've always wanted."

Coming into this campaign against the world Test champions, England had won just one of their previous 17 matches at this level.

Yet they have made a fine start to life under their new leadership duo of Stokes and red-ball coach Brendon McCullum, making good on the former New Zealand captain's aim of playing more positive cricket.

England's Jonny Bairstow is sure to receive a hero's reception on his Yorkshire home ground following his stunning 136 at Trent Bridge that turned a seeming difficult pursuit of 299 into a victory target they achieved with remarkable ease.

A depleted New Zealand attack -- towering paceman Kyle Jamieson was unable to bowl with a back injury that has ruled him out of the series -- was unable to contain Bairstow, who hit seven sixes in 92 balls faced.

Trent Boult proved unusually expensive while conceding 94 runs in 16 overs, but the experienced left-arm quick hopes to make a fresh start in Leeds.