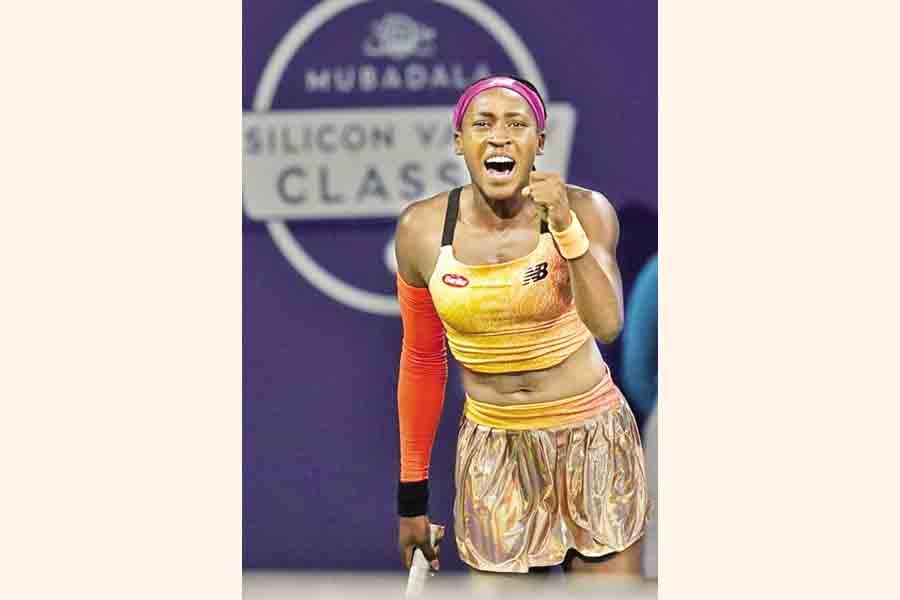 Gauff, the No. 6 seed, held all of her serves in the opening set and finished the 45-minute session with three aces. Osaka had the first double-fault of the match early in the second set and Gauff took advantage for a 2-1 lead. Gauff quickly built a double-break lead at 5-1 and led 40-0 before Osaka saved four match points and used her first ace to make it 5-2.

Osaka then broke Gauff for the first time in the match and overcame another 40-0 deficit with five straight points for 5-4. But Gauff closed it out on her eighth match point with an unreturnable serve.

"The most proud was how I responded mentally," Gauff said. "I could have easily folded in those couple of double-faults and match points that I lost. But I kept telling myself 'Another point, another chance' and then the music kind of helped on the bench. I was trying to sing along to the song to get me out of the match."

"I lost the match today but I feel really confident in who I am," Osaka said. "I feel like the pressure doesn't beat me. I am the pressure. I'm really happy with that."

Gauff will face No. 2 seed Paula Badosa on Friday. Other winners in San Jose were Shelby Rogers and No. 4 seed Aryna Sabalenka.