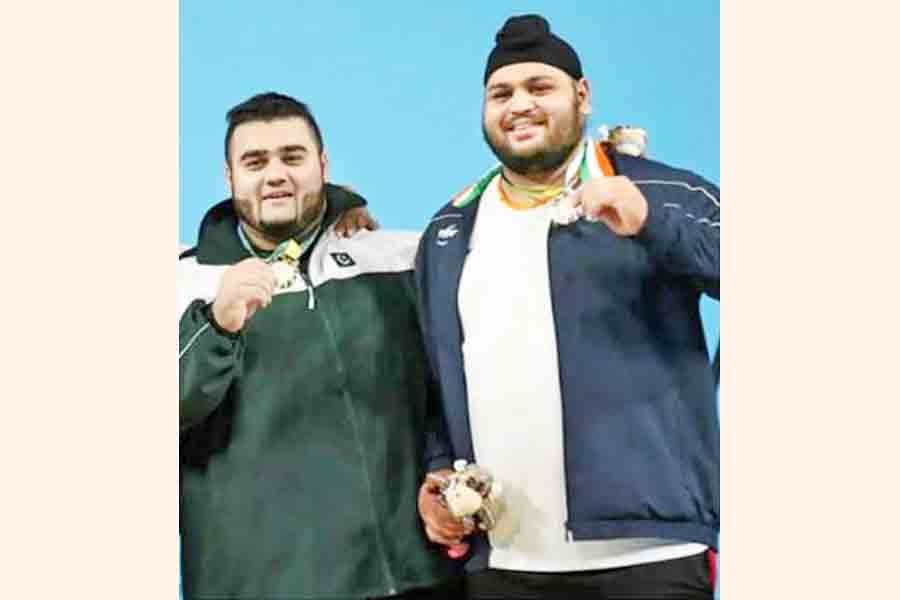 NEW DELHI, Aug 05 (AFP): Two hulking weightlifters from opposite sides of the often tense India-Pakistan frontier shared the podium at the Commonwealth Games -- and then celebrated together to their favourite rapper.

The affinity between Pakistani gold medallist Nooh Dastgir Butt and India's Gurdeep Singh, who came third in the 109+ kg category in Birmingham on Wednesday, stands in stark contrast to the nuclear-armed neighbours' political rivalry.

Those tensions often spill into the sporting arena -- they only play each other at cricket in multi-nation events, despite it being by far the most popular sport in both countries.

The two weightlifters come from either side of Punjab, a state divided between the neighbours at Partition 75 years ago, and have a common language and culture.

They also share a love of the music of murdered Punjabi rapper Sidhu Moose Wala.

The two strongmen were born about 250 kilometres (155 miles) apart and according to the 26-year-old Singh first met in junior championships six years ago.

They "would share tips about diet. Conversing in Punjabi obviously helped our friendship", he told The Indian Express from Birmingham.