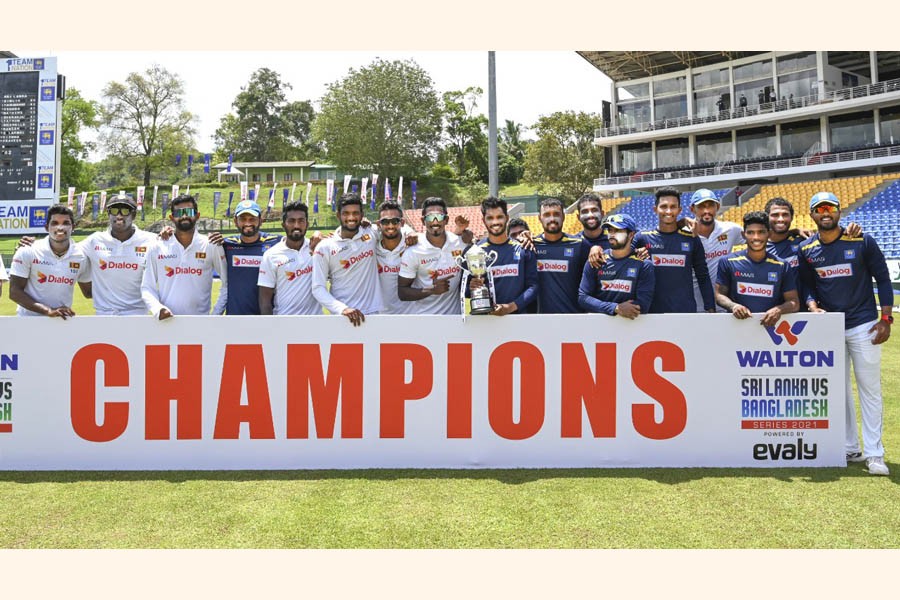 Jayawickrama's match figures of taking 11 wickets conceding 178 runs is now the record of the best bowling on debut for Sri Lanka. He is now the first and only bowler from Sri Lanka to take 10 or more wickets on Test debut with five or more in each innings.

With this defeat, Bangladesh lost the series as well. The first Test of the even was ended in a draw at the same venue. 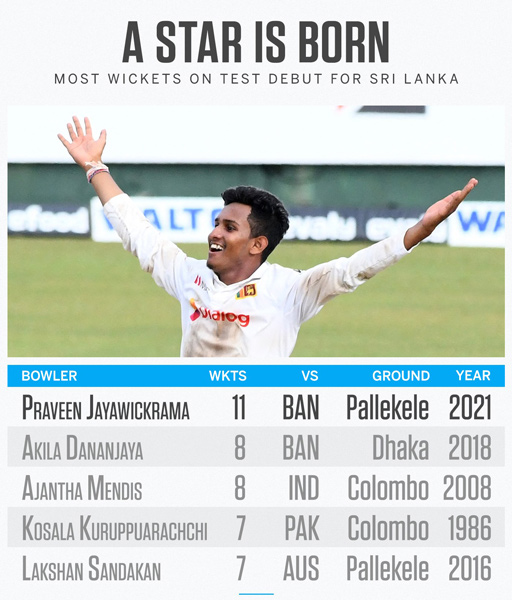 On the fifth and final day of the game, Bangladesh needed to score 260 runs to win or bat for the entire day to save this game at the Pallekele International Cricket Stadium. But the tourists failed to complete even the first session. Bangladesh lost the last five wickets in 50 runs and ended up their second innings on 227 in 71 overs.

While Jayawickrama took five for 86 in the last innings of the match, off-spinner Ramesh Mendis scalped four wickets.

In their second innings, Sri Lanka had posted 194 for nine with the captain DimuthKarunaratne hitting the highest 66. Left-arm spinner Taijul Islam bagged five wickets for Bangladesh.

Earlier, Sri Lanka posted a mammoth total of 493 runs for seven in their first innings riding on the centuries of Karunarate (118) and LahiruThirimanne (140) and Oshada Fernando scored 81. NiroshanDickwella, the wicketkeeper-batsman, remained not-out for 77.

Taskin Ahmed was the best bowler for Bangladesh taking four wickets for 127 runs, which is now his best bowling figures in Tests.

In reply to Sri Lanka's first innings, Bangladesh tumbled for only 251 runs despite a 90 from Tamim Iqbal. Most of the batsman have had a good start but they failed to come up with the big innings.

MominulHaque ended up on 49 and Mushfiqur Rahim scored 40. The onus was on them to propel the Tigers to a safe position in this game, but they disappointed.

Jayawickrama, who got a chance to play this game due to injuries or off-form of the other spinners, bagged six wickets conceding 92 runs.