Mahmudullah likely to be axed from Test side 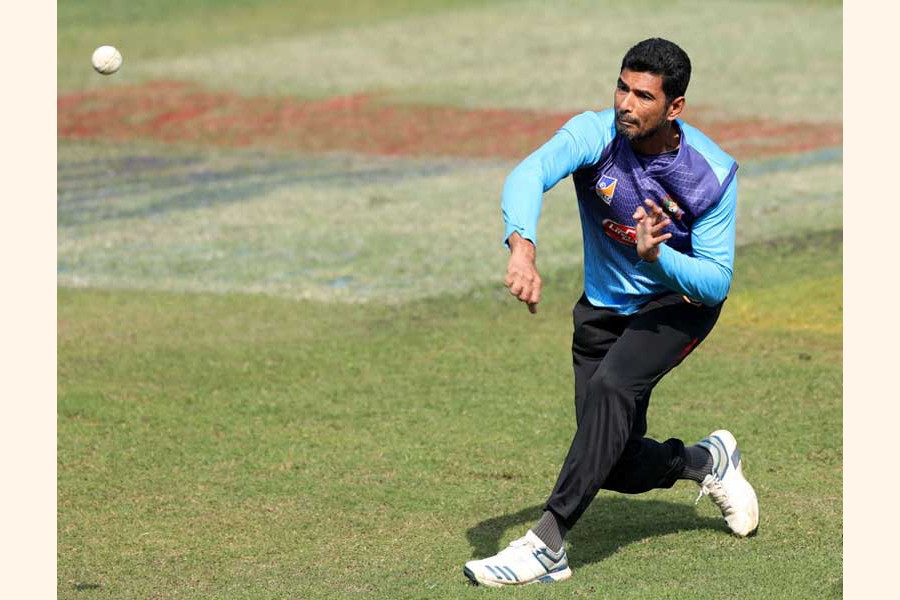 Bangladesh middle-order batsman Mahmudullah's Test career is set to come to a halt, at least for the time being, as the team management has asked him to re-think his future in longer-version cricket, shortly after the opening Test against Pakistan, reports Cricbuzz.

Head coach Russell Domingo initiated the move to inform the 34-year-old that he isn't part of their Test plans for the immediate future.

Mahmudullah, the former Test skipper, is likely to be axed from the squad for the upcoming one-off Test against Zimbabwe scheduled from February 22. Mahmudullah, who is also the T20 captain, has been asked to focus on the limited-overs formats. In his last 10 Test innings, Mahmudullah has scored only one half century, an innings of 67 against New Zealand in Wellington in March 2019.

Bangladesh are struggling in Test cricket for quite some time, suffering yet another humiliating defeat in the Rawalpindi Test where they were humbled by an innings and 44 runs by Pakistan. Mahmudullah's 25 runs in the first innings and a golden duck in the second innings didn't do his cause any good.

In the first Test against Pakistan, Mahmudullah was the hat-trick victim of 16-year-old Pakistan pacer Naseem Shah.

"We have asked our head coach to talk to him regarding his future in the longer-version cricket and he had spoken with him in this regard asking him to re-think about it and concentrate on the shorter format," a member of the national selection panel told the online sports portal.