Miraz named in ICC Men's ODI Team of the Year 2022 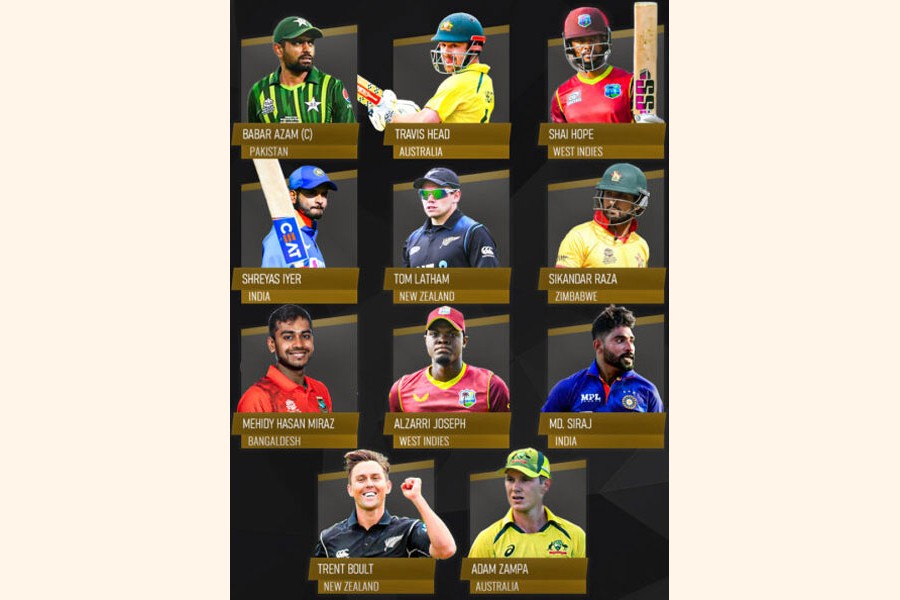 Bangladesh all-rounder Mehidy Hasan Miraz has been named in the ICC Men's ODI Team of the Year 2022, reports BSS.

The International Cricket Council (ICC) announced the best ODI XI of the year 2022 on Tuesday.

Bangladesh won their first ever ODI series in South Africa and also won a series against India at home, which was the high point of the year 2022 and the low point was an ODI series defeat to Zimbabwe.

Mehidy was consistent throughout the year for which he was rewarded.

According to ICC, the 25-year-old emerged as one of the most consistent all-rounders in ODI cricket in 2022, with some brilliant displays.

With his bowling as effective as ever, Mehidy developed his batting further, often bailing Bangladesh out of some tough situations.

But obviously his best series was against India at the fag end of the last year. His terrific performance indeed single-handedly won the series for the second consecutive time against the sub-continent powerhouse.

In the first match, his 38 not out was pivotal as Bangladesh added an unbeaten 51-run for the last wicket partnership for an unlikely one-wicket victory against India.

In the second match, coming into bat at No.8 position, he struck his maiden century -a 83 ball-100 not out which helped the side recover from a 69-6 to post a staggering 271-7, a score that was enough to beat India by five runs.